When we were in Rome, we went to the Coliseum. 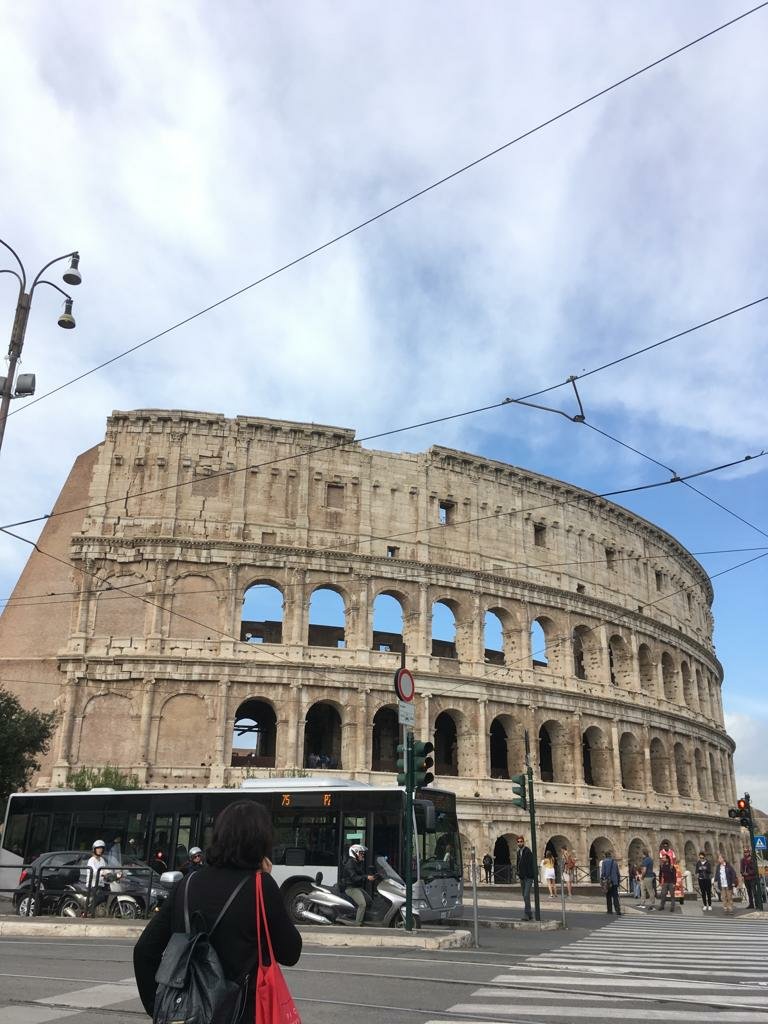 We took a tram ride there, and the tram was crazy. Every two seconds, one of us would fly to the end of the tram because it would jerk or stop immediately.

When we got off the tram, we walked to the Coliseum and met our tour guide David at the top of some stairs. We got our audio guides and our headphones but the problem was our headphones didn’t fit whatsoever. We tried putting them in every which way and they hurt so bad. So we ended up just standing next to Dave so we could hear.

We learned that on our next tour we should bring our OWN headphones, which by the way we did.

So we went down the steps and waited in a huge line with our tour to get into the Coliseum, but luckily we could skip a little bit of the line because we were with a tour group.

So once we were done with the line we went into the Coliseum.

First we started on the first floor. David talked about how there was a floor above where there isn’t a floor now where the gladiators and animals would fight. It was really interesting because he had a book with pictures of old gladiator fights, and how the Coliseum used to look. He told us how the emperor just made the Coliseum to entertain people for the whole day. He didn’t want them to not be entertained because then they wouldn’t like him or want him as their emperor.

So after the first floor we went up some stairs, and those stairs were very historical because that’s where the word vomit was created. They called the type of stairs vomitorium because if there was an emergency or at the end of a gladiator fight they could get all 50,000 people out in 14 minutes.

So after we went up the stairs we went to the 2nd floor of the Coliseum, which was the higher floor.

We learned that some man drew out all the walls of the Coliseum and they figured out that there was an elevator that lifted animals up in Roman times. They rebuilt the elevator with all the tools the Romans used and it is here now. You can watch a NOVA special on YouTube describing how they did this!

Also on the 2nd floor we learned about the emperor and where he sat.

Then we went back down the stairs and through the hallway and then we went into the Forum. 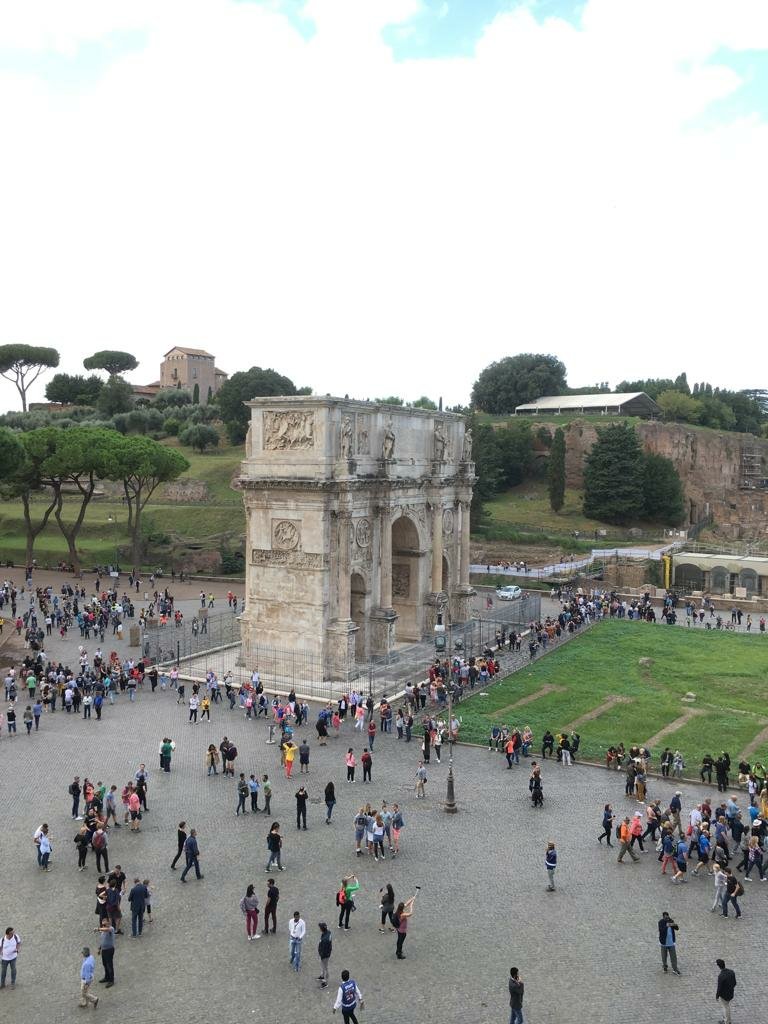 We also learned about a garden, and we learned all about where the emperor lived, and how he always had water behind him so he could look at the reflection, so he always knew if anyone was behind him trying to kill him. 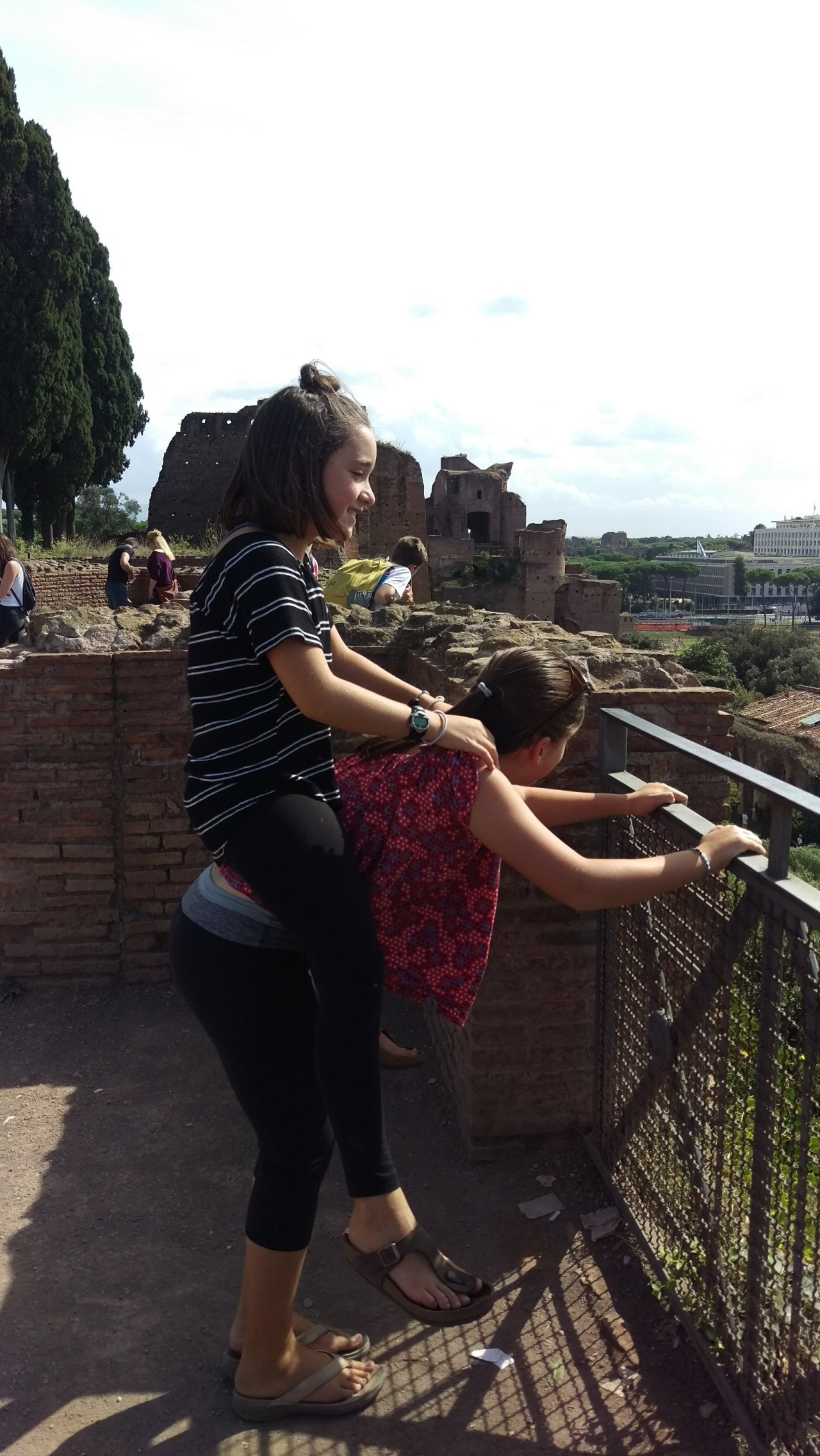 We also saw a real Roman marble floor from when Romans were alive, and they heated the floor with hot water and the emperor had a hot tub.

After the Forum we went and sat down and had pizza and that was our day.

Thank you to David for the tour and to the Coliseum for welcoming us!