When in Rome…a family conversation

We’re experimenting with blog / photo formats to keep things interesting; please bear with us, and feel free to give feedback! 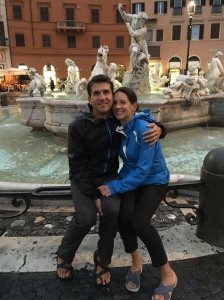 Christiana: I was looking forward to Rome because we had an Airbnb reserved for 8 nights, so we could slow down and rest a bit after multiple short stays.

Wayne: We took lots of public transportation. We took a bus from the train station to get to the apartment. The apartment was in the Trastevere neighborhood, and was up on a big hill that we had to walk up to get there.

C: The first night we got there we went for a walk over one of the bridges and the girls took lots of pictures. 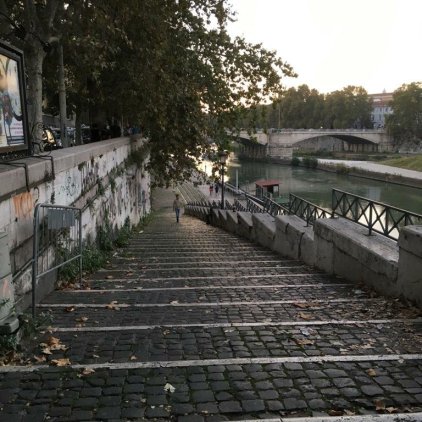 Amelia: The apartment was awesome because we each got our own ginormous beds. 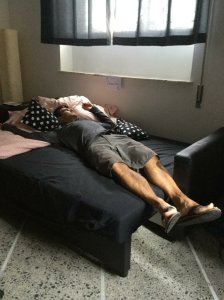 Annabelle: I liked the beds and the desk chair, cause it rolled and spinned and bounced.

Wayne: We all unpacked everything and the girls made signs. We did our laundry and hung it out on the back patio.

Annabelle: We had a panini maker. It was how we made toast every morning because we didn’t have a toaster.

C: And we had to learn how to use a new coffee maker: a Biglietti. We did it a couple of times in Florence, but with the help of YouTube videos really mastered it in Rome. It was really good once you figured it out.

W: It was much BUGgier that I expected. We got munched a LOT by bugs.

W: I liked being where we were though, we were out of the crowds and in a more residential neighborhood. We took the tram a lot. It was rickety and bumpy and crowded.

C: Sometimes walking around on the top of the hills I felt like I was in parts of New York City, like when we visited our friends in Hamilton Heights / Harlem last December.

W: It also rained there, and we hadn’t really experienced a lot of rain yet. Our laundry couldn’t dry and was almost damp when we left.

C: I had a long, soaking wet run in the big public park – the Villa Doria Pamphili 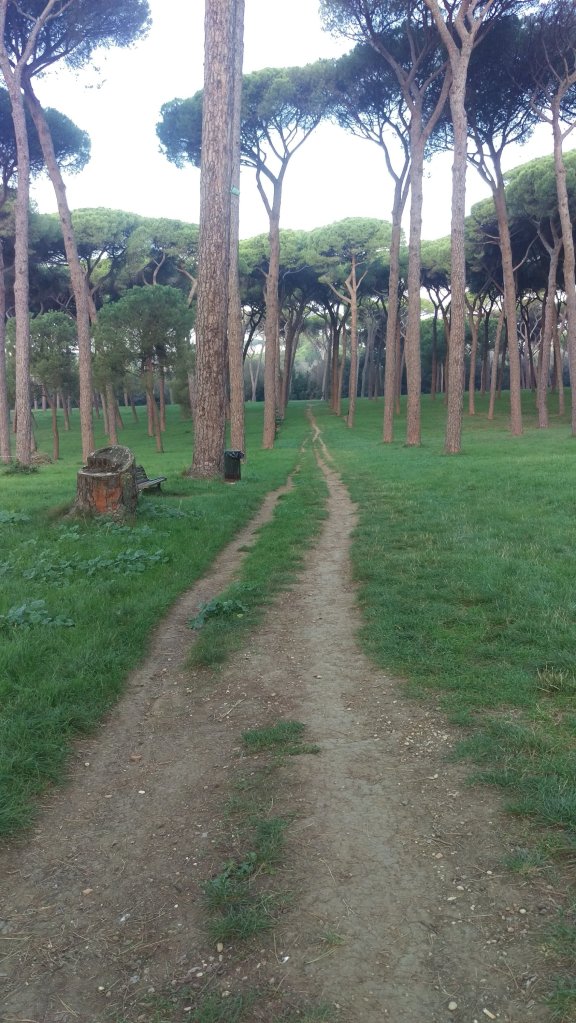 W: Your sneakers smelled disgusting after that run. I wanted to throw them away. That run was on the last day and you had to walk in wet shoes.

C: I bought some baby powder though, that helped!!

W: We visited the Vatican Museum and got audio guides and that was great.

Amelia: The kids audio tour was much more interesting than the adults tour.

Annabelle: We remembered to bring our own headphones!

Wayne: The Egyptian section was the most fascinating.

Amelia: I think so too. 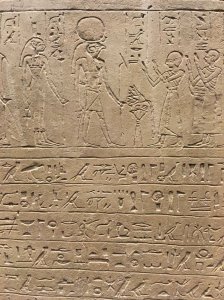 Annabelle: The round guy with the big tummy was my favorite. He was the God of Happiness and Joy and Fun. Wasn’t his name Boody? 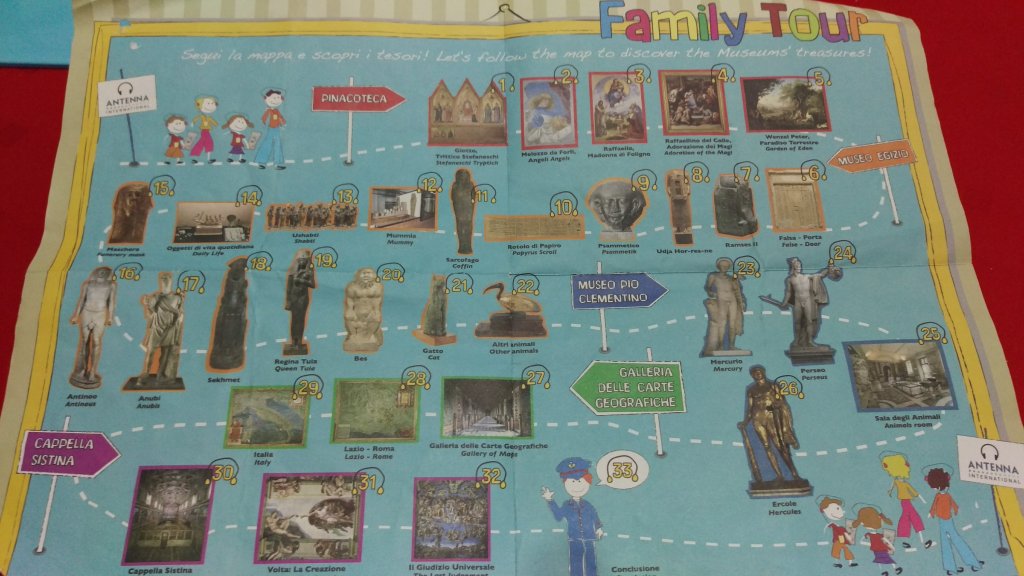 W: Getting to the Vatican Museum was a long, hard walk. We were going to take the bus, but it was packed, so we walked and we had to rush.

Amelia: I thought the Vatican was just a church but it was more interesting than I thought it would be because there was the whole museum. And thank goodness for the Kids Tour. Everyone should do it.

Annabelle: Yes, if you go, even if you’re a grownup you should do the kids tour. It’s so much better.

W: The Coliseum Tour was fun though because of Davide, our guide. (See Annabelle’s post here on the Coliseum)

C: I remember after the Vatican tour listening to the guy playing music on the Angel Bridge. He was really good!

Annabelle: Oh yeah, he made up music.

C: And he would record himself with different instruments and them replay them as….what’s it called? 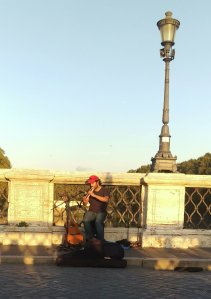 C: And there was the woman playing the flute and the guy playing the guitar on the Piazza Navona. They were good too.

W: Why does everyone play the Titanic song?

Annabelle: Yah, right as you’re getting on an overnight ferry! [reference to a future post]

Amelia: And there was that guy singing opera in front of the fountain and he was really good. It was in Italian so it was real opera singing.

C: What about the pizza in Rome?

Amelia: I could eat a whole pizza

Annabelle: Yeah, me and Amelia could each eat our own.

W: It was different.

Annabelle: It was crispier and very smooth and crunchy. And we had pizza everyday in Rome except for one day.

W: And the best pizza we figured out was from take-out places.

Annabelle: They had big long pizzas and they had to cut it with scissors and they weighed it. At restaurants, it was round, but they didn’t serve it cut, you had to cut it yourself.

C: In one of his videos, Rick Steves says Rome can be brutal for tourists. I felt that brutality this time (compared to Wayne’s and my trip to Rome 15+ years ago), it was just packed with tourists, everywhere. In October! There was a crowd 3-4 people deep to get close to the Trevi Fountain. 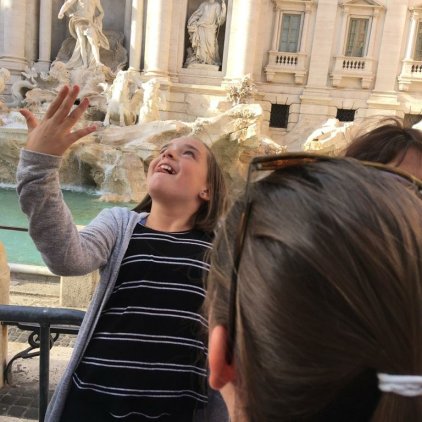 W: One of the biggest things I noticed though is that it was so much quieter. I remember constant honking last time. It seemed like there wasn’t nearly as much car noise.

C: But the tram ride to the Coliseum was definitely brutal!

W: The number of tour groups just blew me away. So many, everywhere. Groups of 20-30 people all over the place, following flags and tour guides.

W: And there were the really aggressive doo-dab sellers on all the piazzas, like in Florence.

Annabelle: There were little flying light thingys that they would fling up in the air near kids and try to get them to want them.

Annabelle: We went to the Spanish Steps, and there were the two guys playing music.

W: That night we had a trio, mama didn’t come.

Amelia: We noticed a lot of people taking pictures and it was the perfect opportunity for photo bombing. So we photo bombed AT LEAST ten pictures.

W: Oh I think we photobombed at least 20! 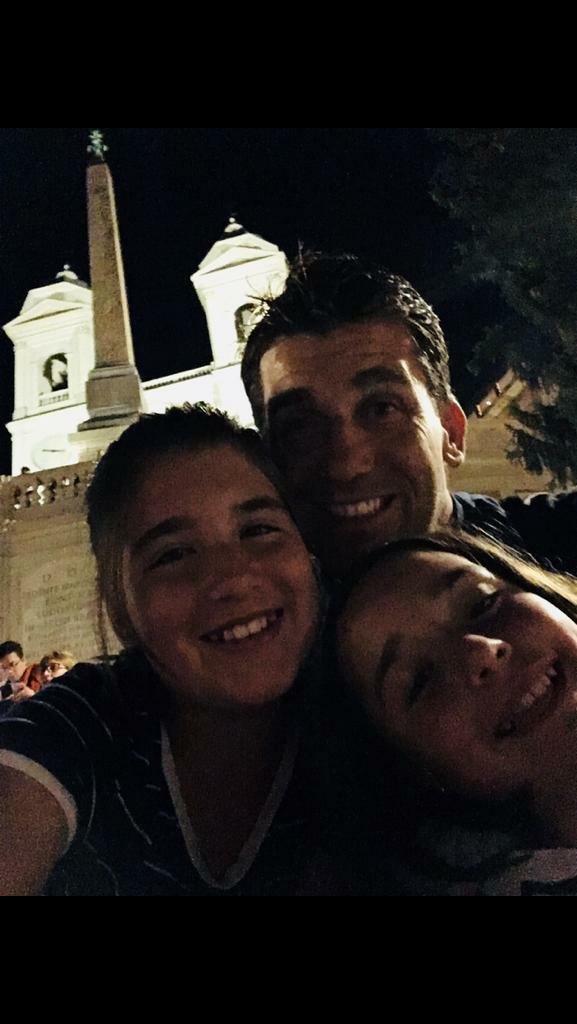 C: I had a solo, and walked through Trastevere and up the hill to the Piazza Guiseppe Girabaldi.

The sun was setting over Rome and the Vatican was all lit up. Then back down on the Trastevere I got a slice of sundried tomato and spinach pizza and it was sooooo good.

C: What was our favorite gelato place?

Annabelle: I did not love Frigidarium

Amelia: That was because you got dark chocolate dipped in chocolate.

W: That was my favorite. I loved the dipped chocolate! 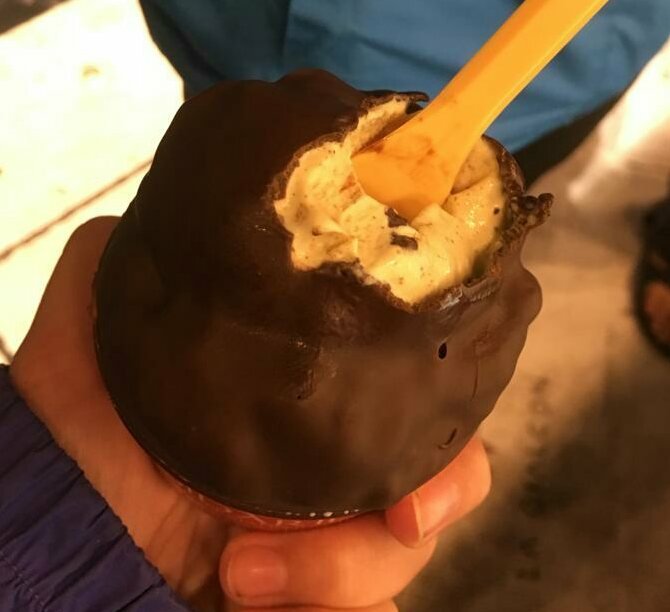 C: Remember we watched Roman Holiday while we were in Rome?

Amelia: Yeah it was good, I liked it.

Annabelle: Don’t say that on the blog!

Annabelle: You didn’t even want to watch it!

Annabelle: Yeah, it was good.