Mont Saint-Michel is a castle on a hill. We took a bus that was really crowded on a bridge over mud. When we got off the bus I took some pictures. 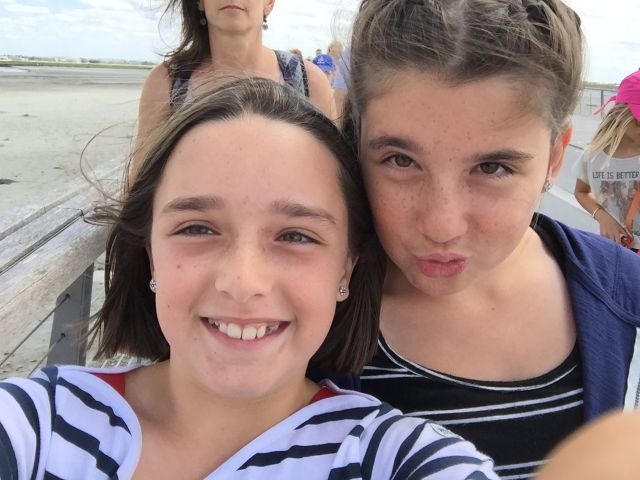 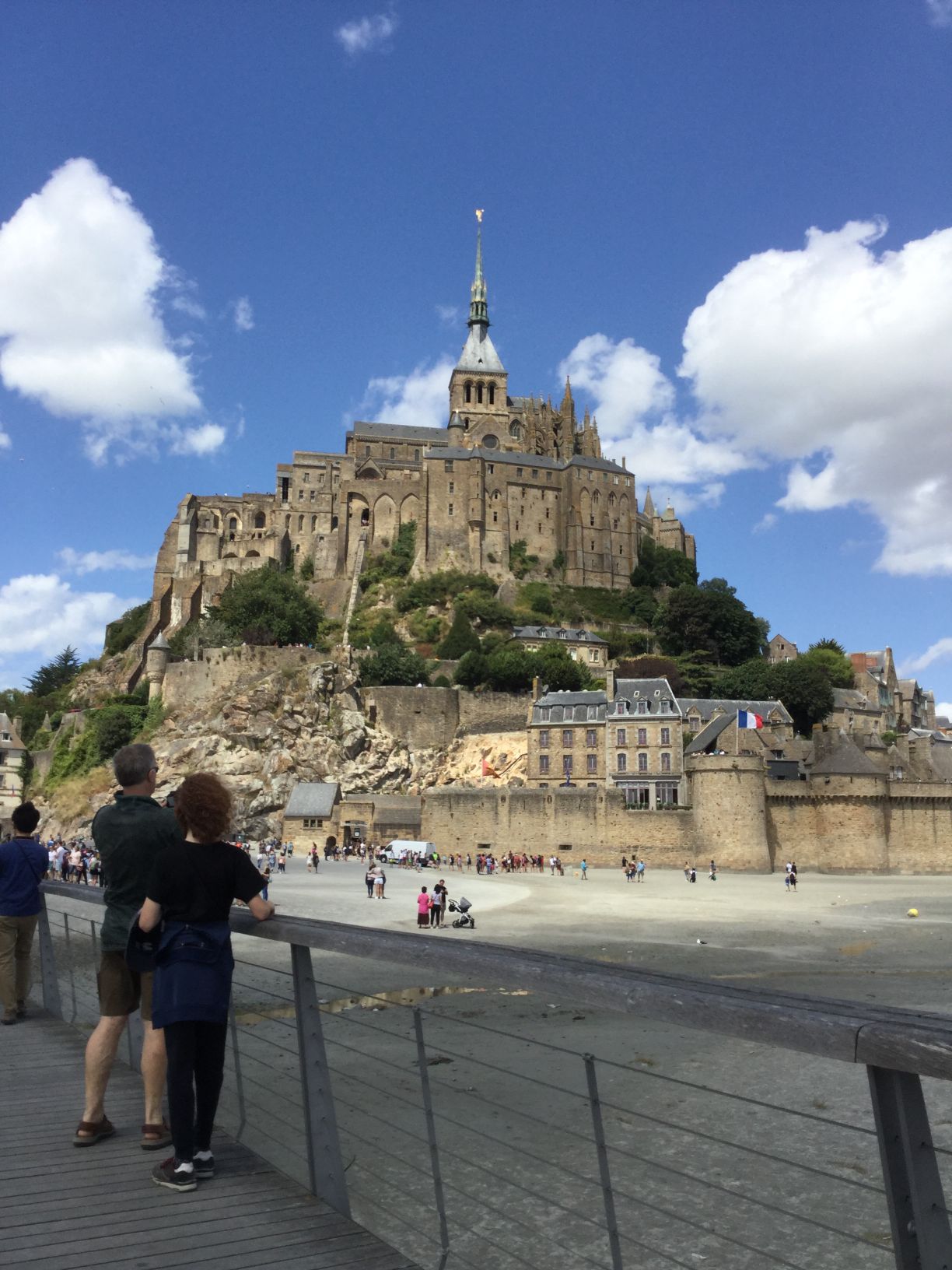 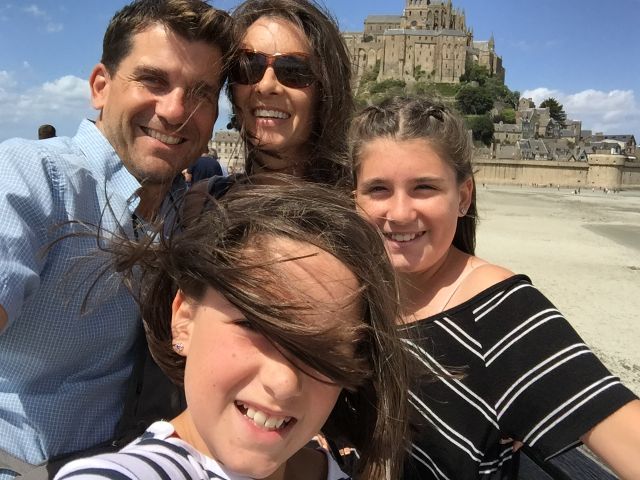 It looked like a rock castle with a gold statue on the top. It looked like we were going into Diagon Alley in Harry Potter – it was a very skinny alley way with a bunch of shops. 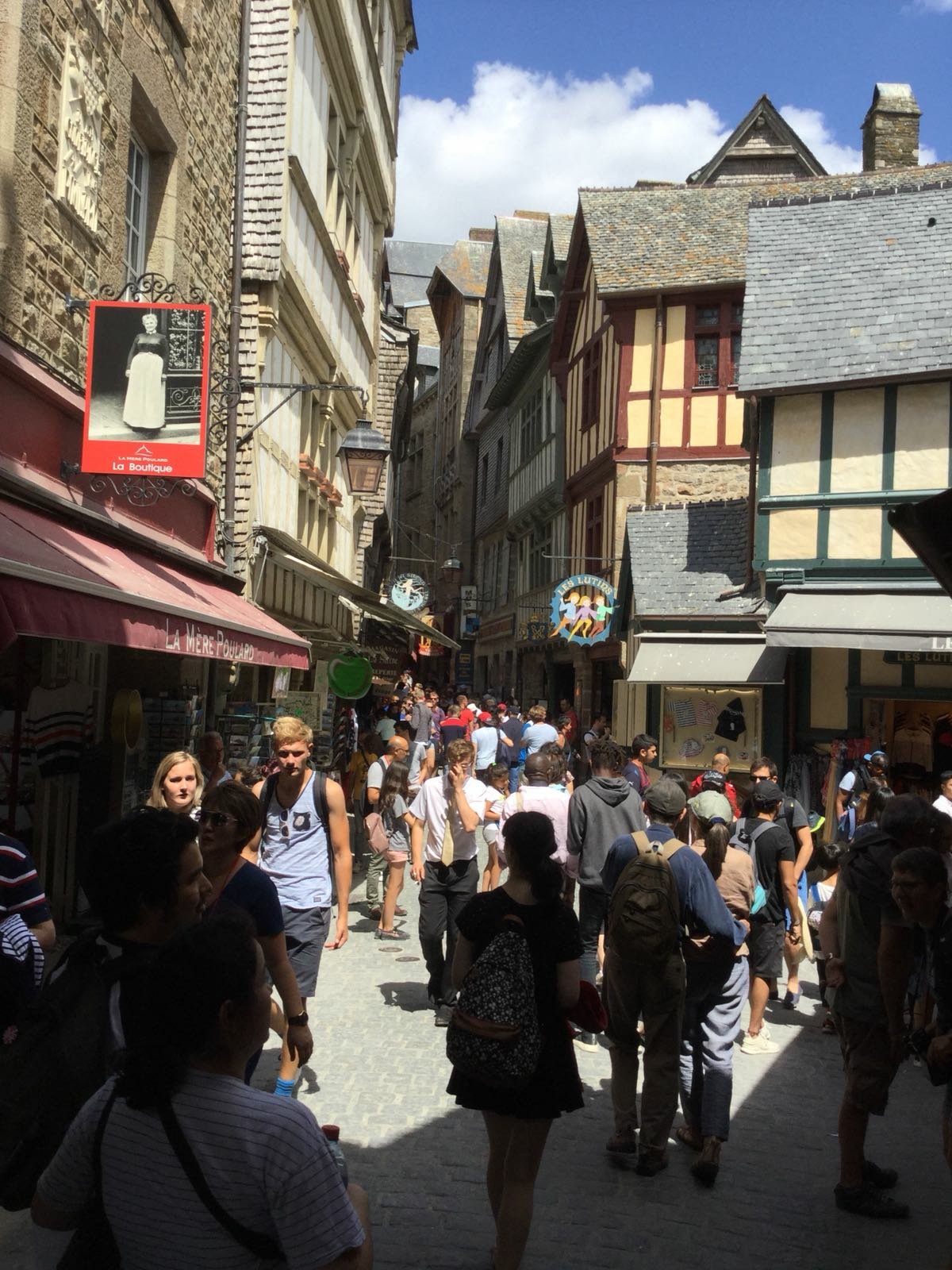 We got lunch and there were birds flying all around the restaurant. I got pizza. After that we went up lots of stairs and we got to a lookout – they were called ramparts. 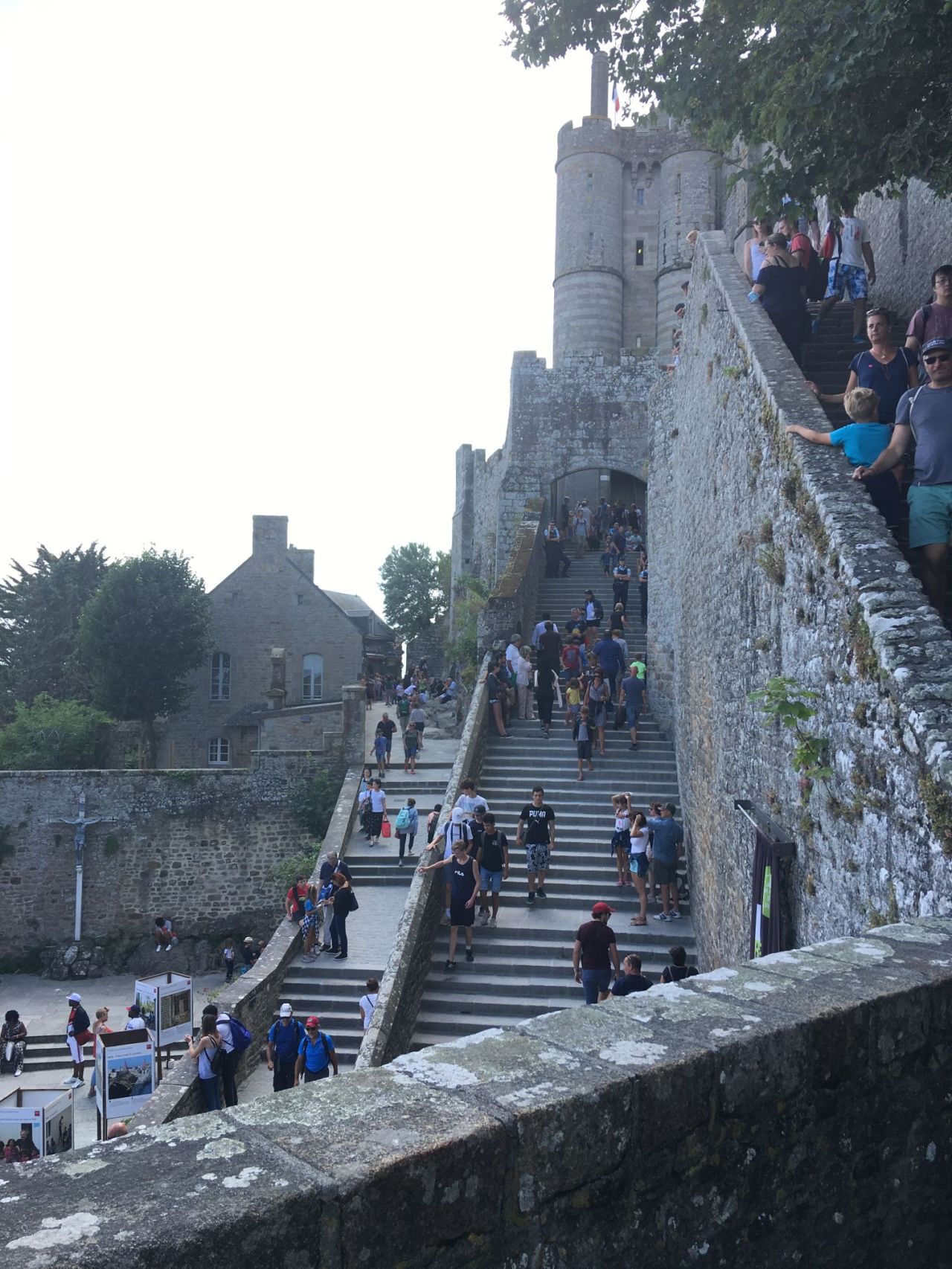 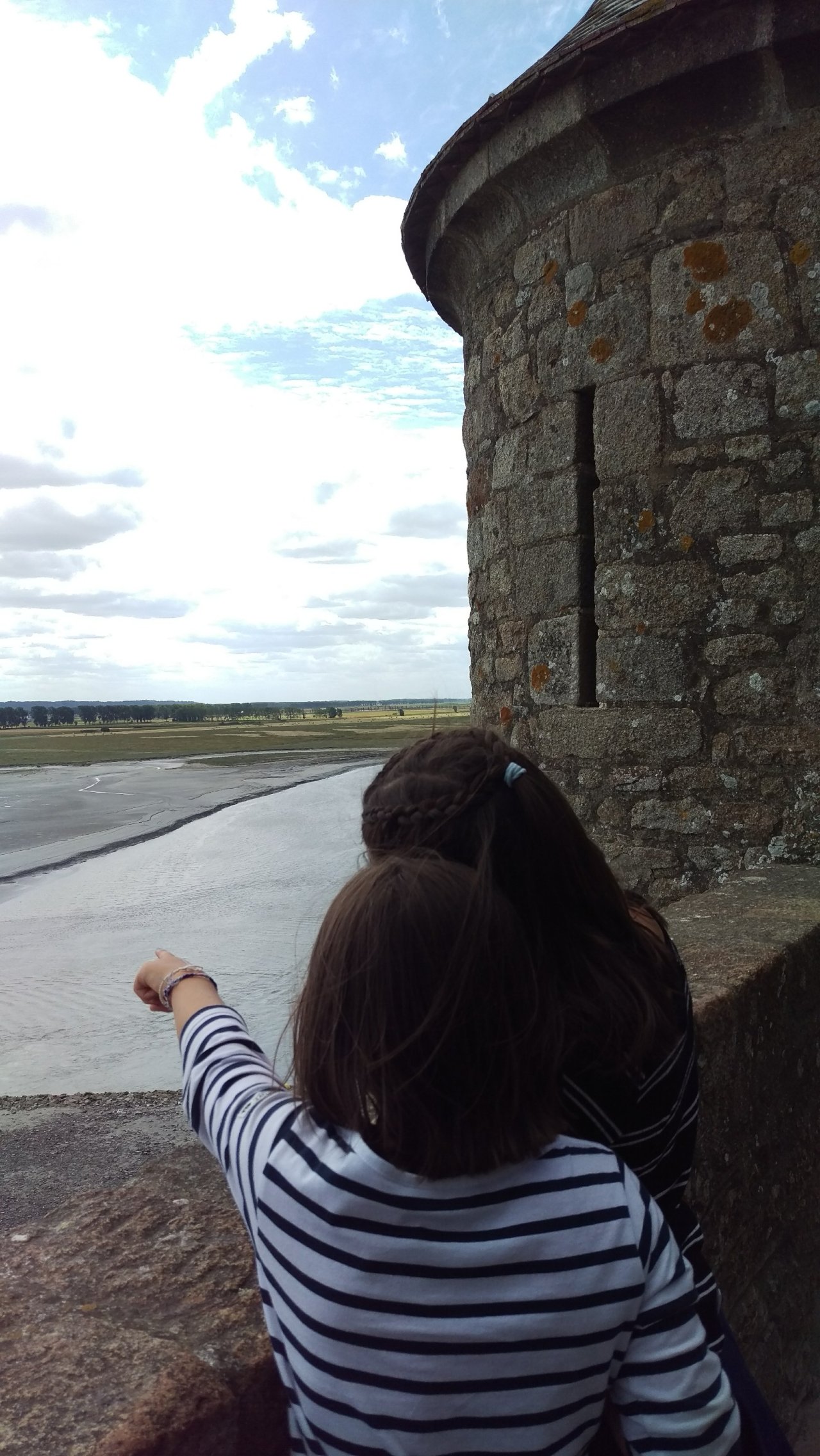 We were looking down and could see a bunch of mudflats since the tide was out. 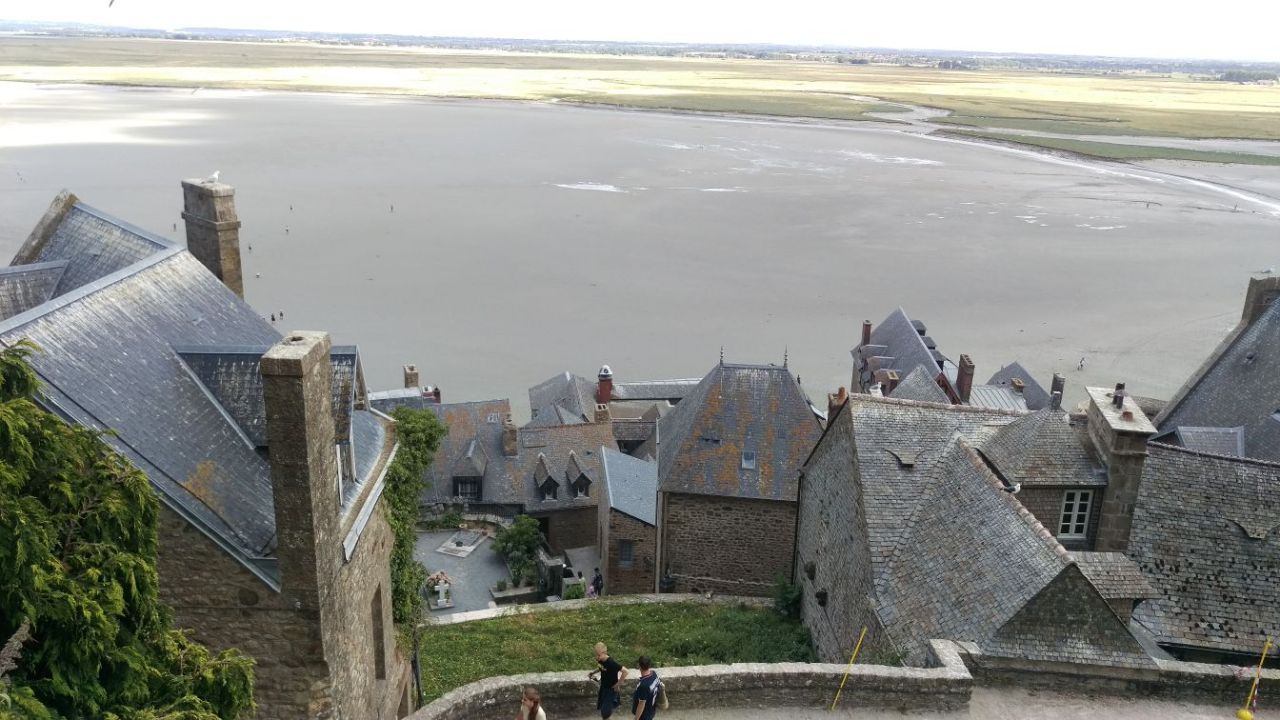 We saw the old elevator that would bring food and stuff up to the top. 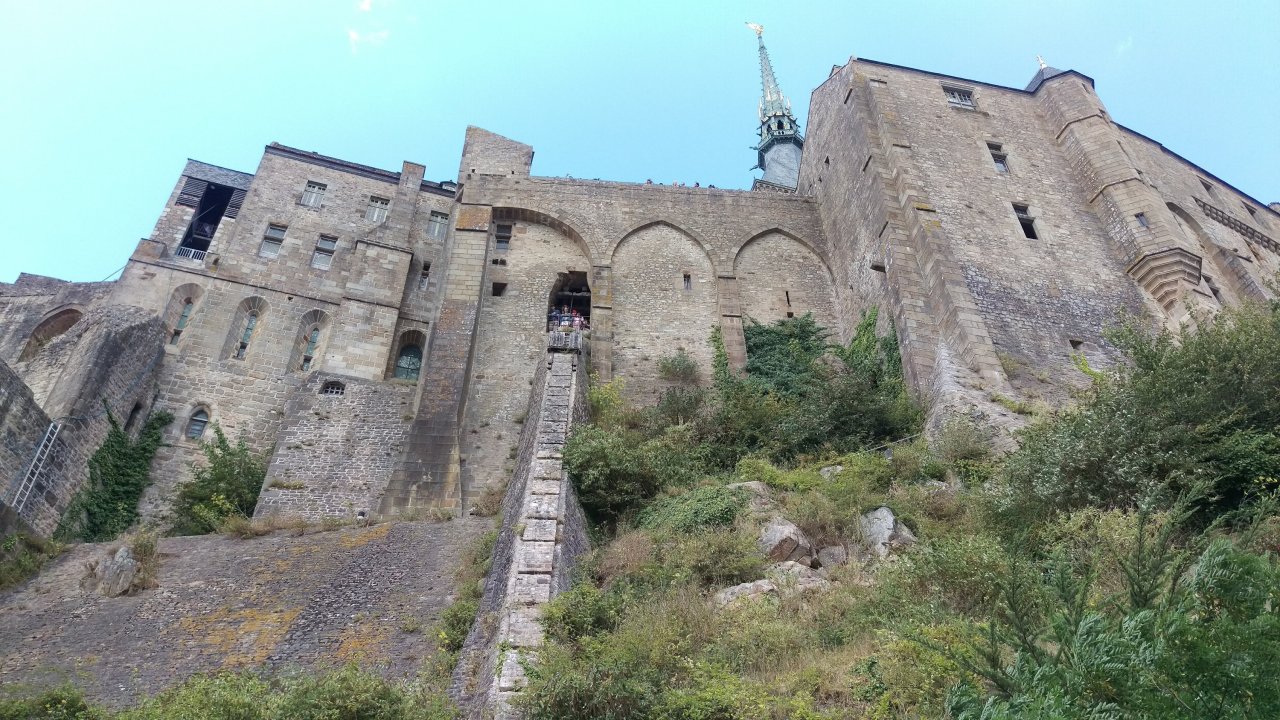 Then we walked down the stairs, I was looking at two police – one woman and one man – putting a rope down a bush. The stairs were very steep and narriow and I slipped down two stairs and landed on my back on the 3rd one, but I was ok. 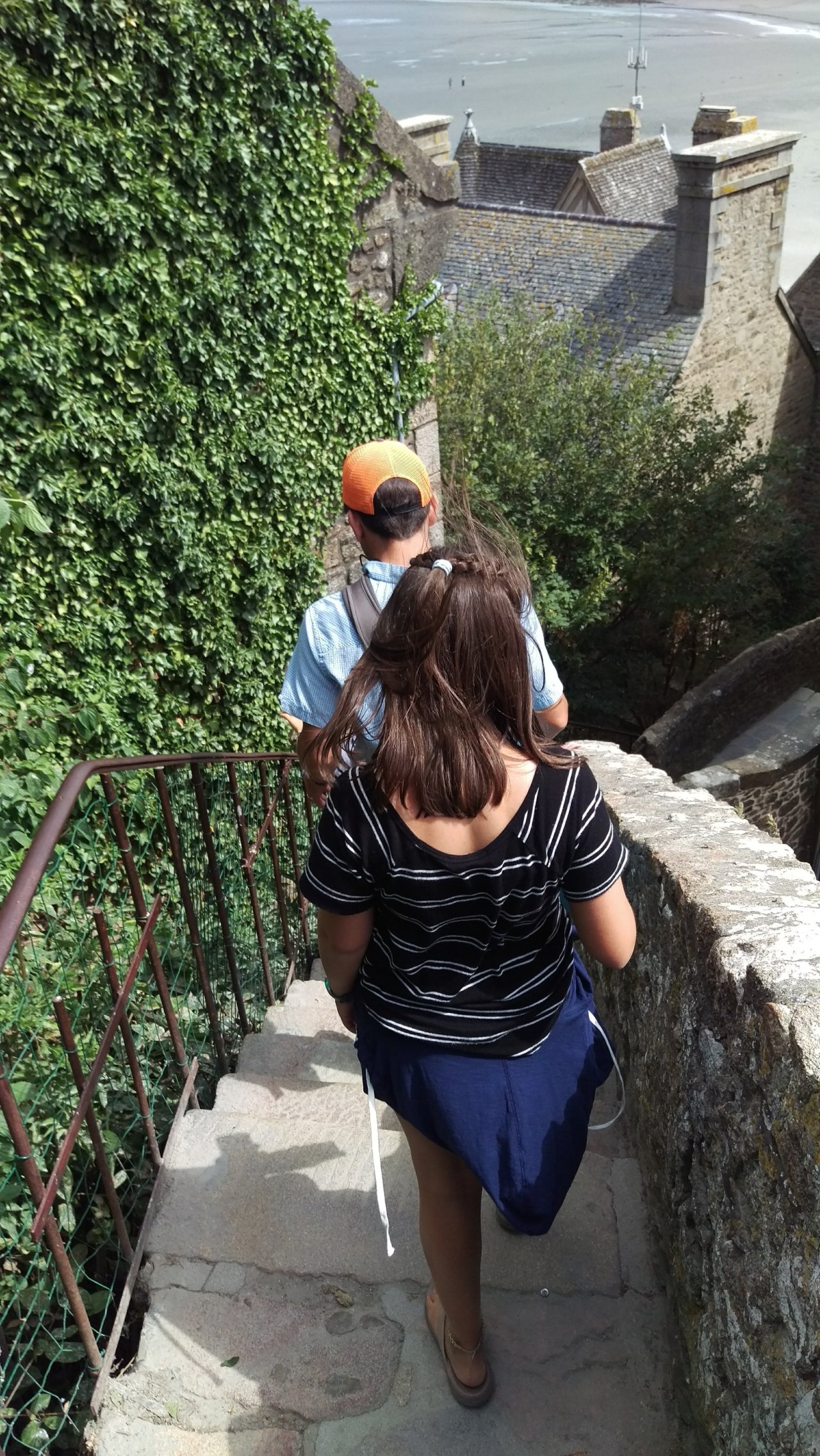 We got soft serve ice cream that was strawberry and vanilla that I had never had before and it was super good. 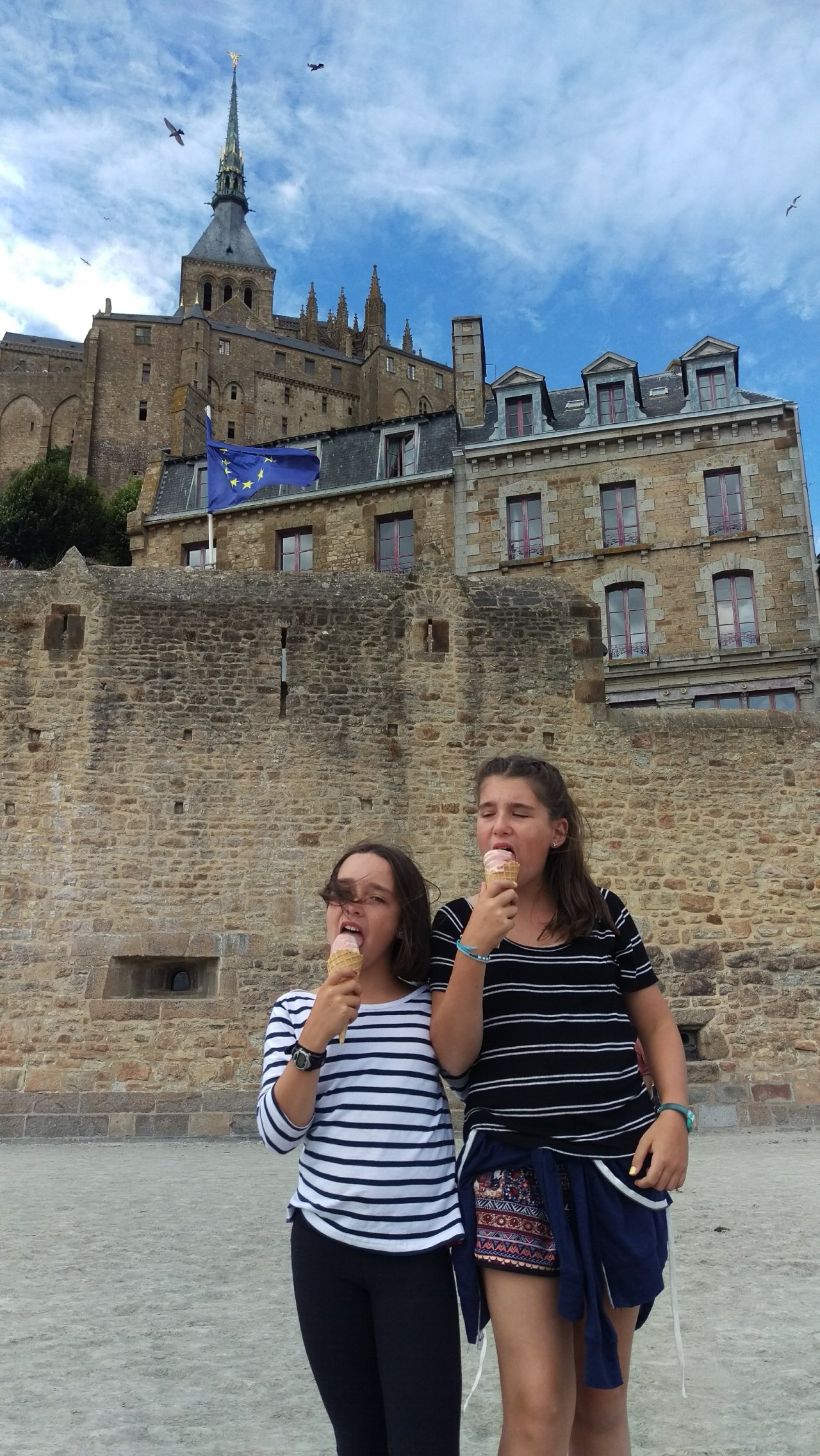 We got back to the car by walking all the across the mud flats. 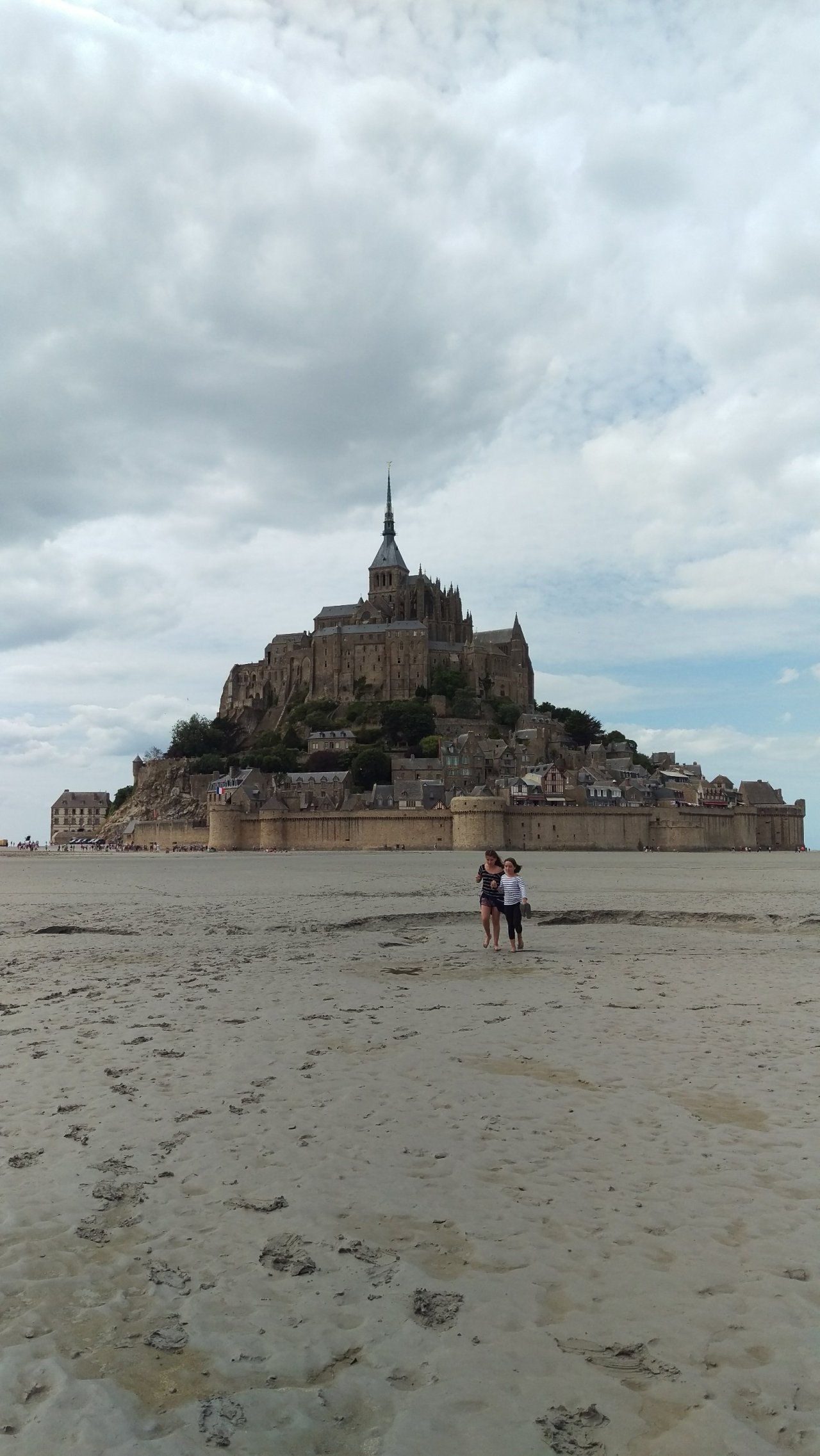 At first it was like bumpy pavement But then it got really squishy and we had to take our shoes off. It was very squishy and fun. It was very suction-y. We almost sank in sinking sand. We walked along some really pokey grass that mommy didn’t think was pokey, then we walked a boardwalk and we saw tons of snails on bushes.

We got the mud off with daddy’s socks but it was stuck in my toenails and it was really smelly. 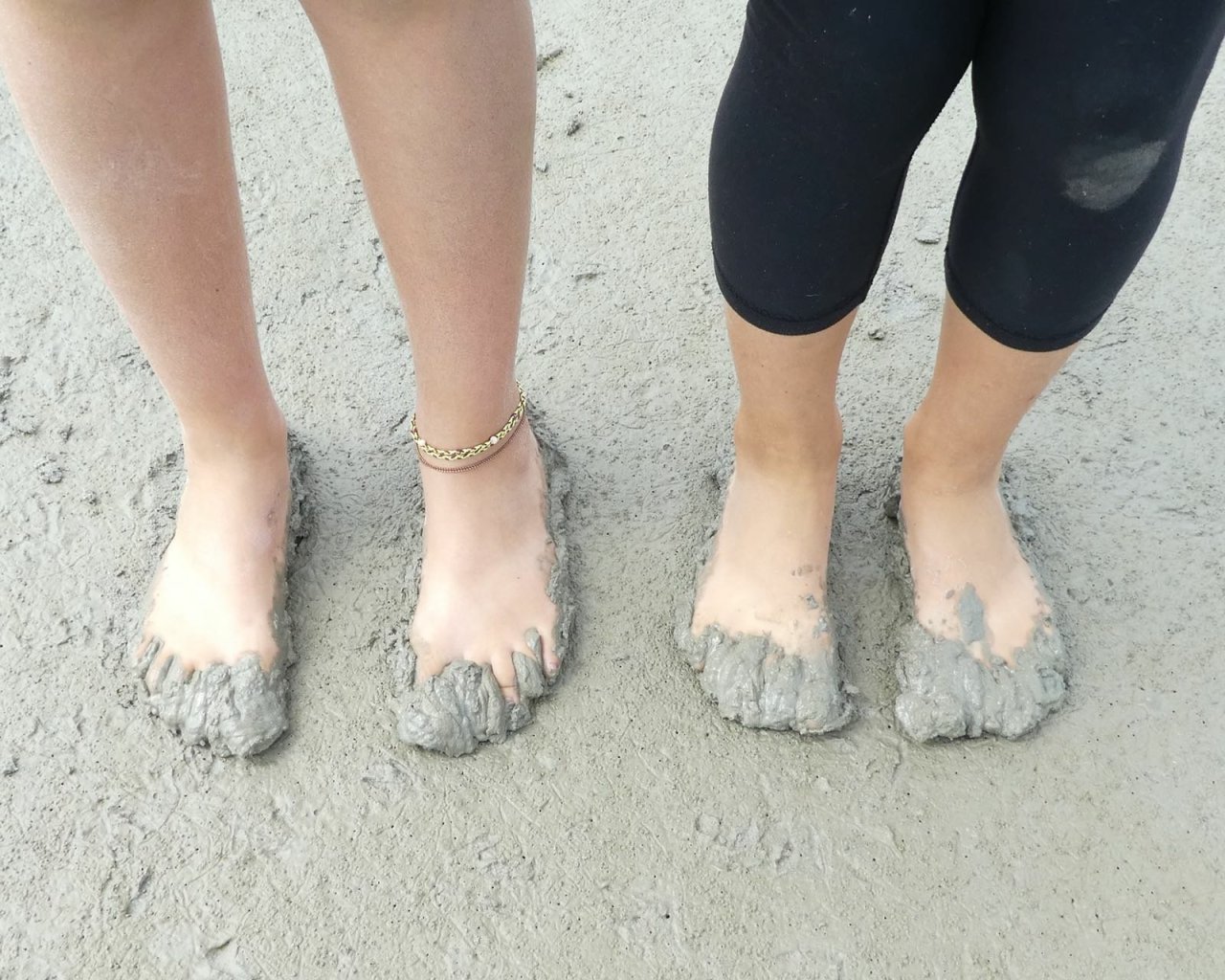