Mixed emotions in Normandy – By Wayne

We spent almost a week in the Normandy region staying at an AirB&B in the picture-perfect town of Bayeux. The town, famous for it’s Bayeux tapestry namesake (see Amelia’s blog post) and striking cathedral also played a unique role during the Allied D-Day landings of June 6th, 1944. Bayeux was the first French town liberated by allied forces after four years of occupation by the Nazis. The memory of that day resonates thoughtfully throughout the town on memorials, in artwork, and on street signs. Unlike Caen to the East, Bayeux was not considered strategically important which saved the town from bombardment and destruction. I think there’s a life lesson there… If there was ever a reason to embrace not being considered ‘strategically important’ there it is :). Imagining this wonderful little town with its thousand-year history flattened breaks my heart. Bayeux made falling in love with Normandy easy, you should go visit.

Each of us drew different things from our time in Normandy. For me… It was the deeper perspective and increased humility I gained by simply being there – By bearing witness. Standing in the surf where thousands of allied soldiers had waded, crawled, and died… driving and riding on beautiful roads and lanes bordered by hedgerows and streams that had once struck terror into soldiers who patrolled them… Touching ancient stone buildings where soldiers had slept, defended, or hid. For me, this physical ‘connection’ was why I came and why I left feeling closer to the thousands of men who died fighting for the future my family and I now enjoy. It was upsetting and inspiring and ugly and beautiful. It was everything I expected and nothing I expected.

Some pictures, and a little context:

The British Cemetery in Bayeux: British forces were the first to arrive in Bayeux on June 6th, 1944. Liberating the town and beginning the longer allied push east. Around 2500 British soldiers died on or around June 6th, many of these soldiers rest here in Bayeux. an incredible inscription on the memorial leading into the cemetery in Latin reads ‘We, once conquered by William, have now set free the Conqueror’s native land’ a reference to William the conqueror’s conquest of England of 1066. It’s fascinating (and a little sad) to think that a thousand years of history has taught us nothing about the causes and consequences of war. 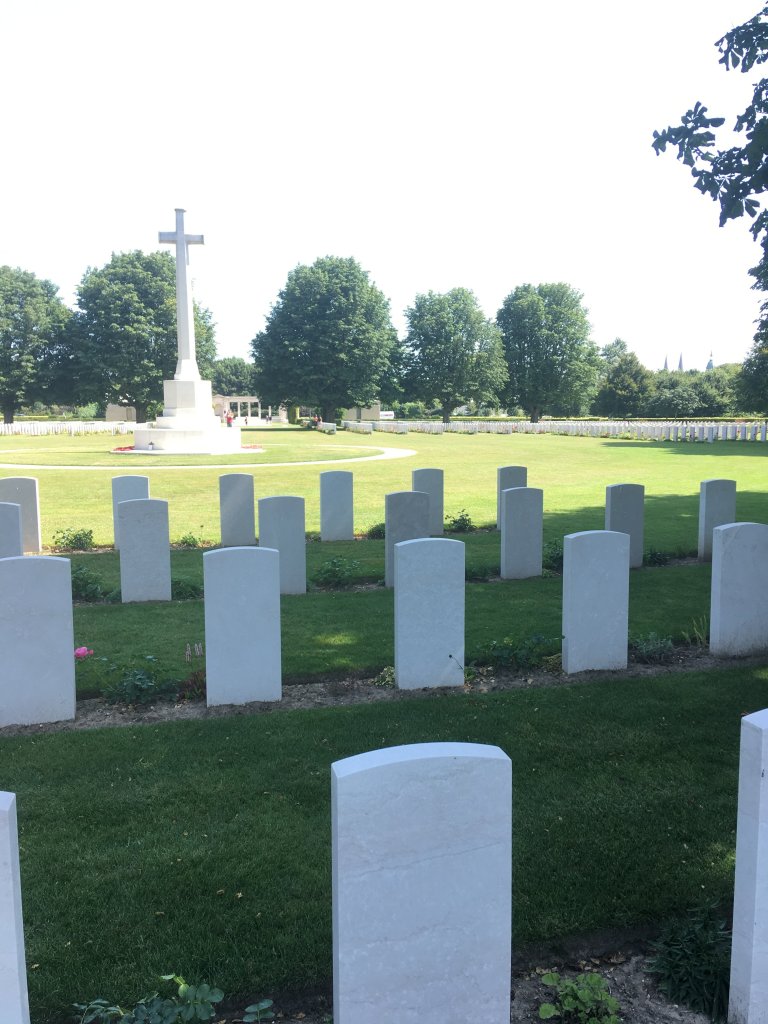 The German Cemetery in La Cambe. 21,000 German dead are buried here. 21,000! The feeling and symbolism here are VERY different and the difference is stark… More somber, darker and denser in almost every way. The truth of who these men were and why many of them fought is too complex to fully describe on this blog post but with the benefit of time and hindsight its reasonable to state that many of these men did not want to fight and that many were indeed forced to fight to protect themselves or the lives of their families at home. Home, for many being one of the many countries the Nazis invaded and occupied in the lead up to WWII. Many of these ‘Germans’ weren’t even German! As I’ve come to learn there are always multiple sides to every story and WWII was no exception.

Pointe du hoc: The scars on the site remain but nature wins the battle for attention. 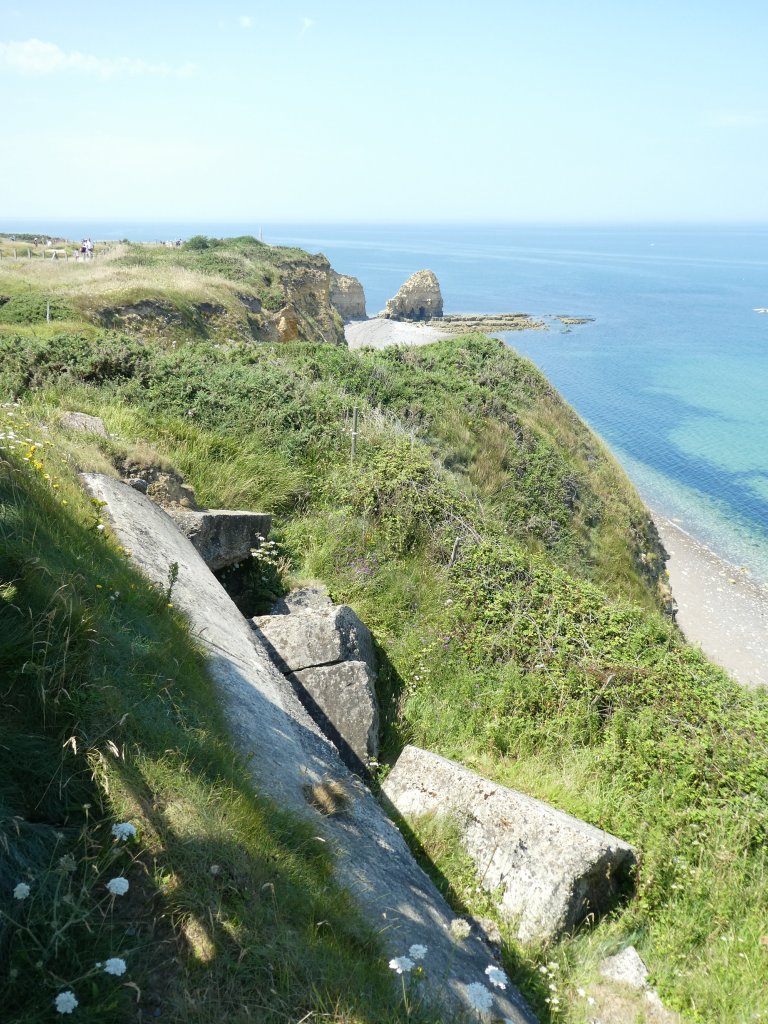 This is Omaha beach today. Shocked? I was. Before the war, before D-day, Omaha beach was a resort town. Families came, enjoyed the sand, played in the surf, and had a jolly old time. What Omaha beach was before it became Omaha beach had never really crossed my mind until I was given this information. Today, thankfully, it is once again a busy resort beach town full of families, fun, and laughter. shocked initially, my guide for the day shared with me the words a veteran once shared with him… ‘This doesn’t upset me. My friends who died here would love to know that their sacrifice wasn’t in vain. Indeed this was exactly why they fought and why they died. To enable and enjoy the freedoms and fun we have today” This made sense to me and I enjoyed reflecting on these words while watching little girls and boys run up and down the beach with not a care in the world. 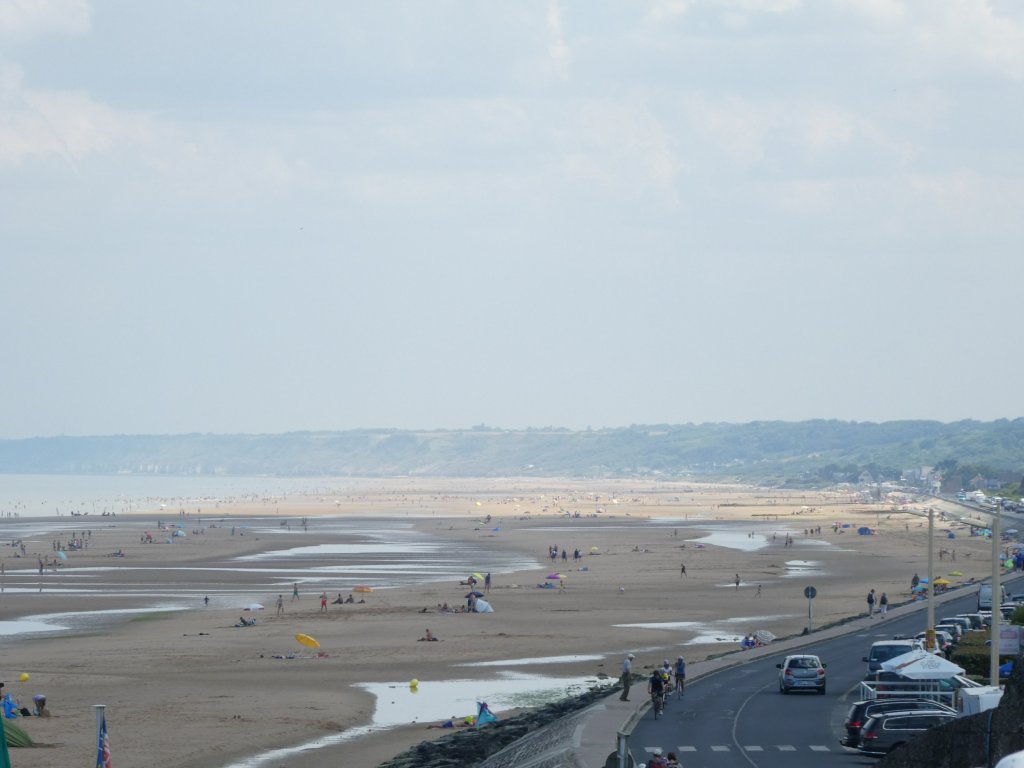 The U.S military cemetery at Colleville-sur-mer. Walking through this beautifully perfect place I couldn’t help feeling I was back in the States. I couldn’t quite put my finger on why until someone explained to me that every tree, every bush, the grass, indeed every piece of flora was imported from the U.S. The intention… to help make the Americans resting here feel at home. Beautiful. 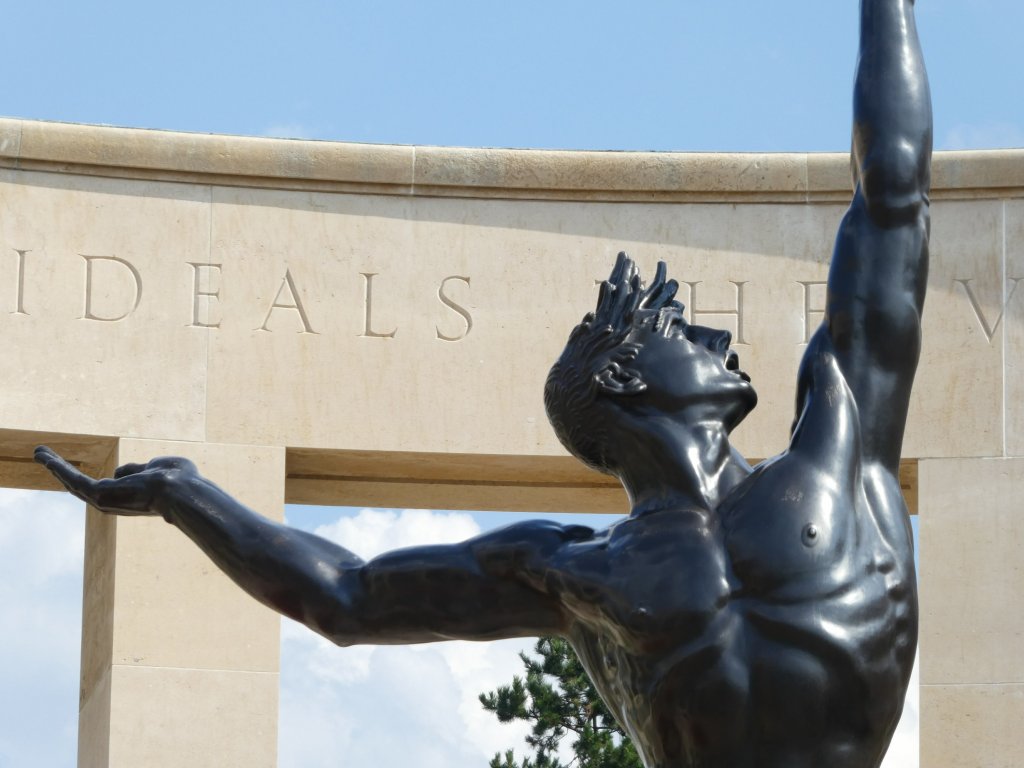 Symbolism permeated the entire site. The trees, permanently and purposefully cut short to symbolize the ‘cutting short’ of young lives.

My break buddy George Thomson. Among the thousands of crosses at the U.S Cemetery, I chose to take a rest from the heat and fatigue of the day with George Thomson. I don’t know who George was, I don’t know where his family is today, I don’t know his story. I don’t know what he did before the war back in MA, who he loved, who loved him, what he hoped to do with his life after the war. I know nothing about George Thomson. BUT for 15 minutes on July 27th, 2018 I was his grateful friend. I sat with him, I chatted with him, I gave him the full download of what’s happening in this crazy beautiful world and why his sacrifice mattered. I think he heard. I hope he heard. Thank you for the time, George.

A full (and tiring) day but well worth the cost.