We arrived in Carcassonne by a bus from Montpellier. It was a 2 hour bus ride. It didn’t feel very long but it wasn’t very fun. I thought the seats were really cramped on my hips. But it still had air conditioning because it was sooooo hot.

The bus dropped us off at a stop that we didn’t think we were supposed to go to. Our lovely Airbnb hosts Chantal and her daughter Sandrine were supposed to pick us up at the stop we told them to go to, but it was the wrong stop. So we had to facetime them to tell them were in the wrong stop, so they very generously came and picked us up where we were.

Once we got to the Airbnb, Chantal started running around the house showing us everything possible. She showed us how to unfold the bed, how to water the plants, where everything was like the silverware and plates and cups. After awhile, her and her daughter and her grandaughter all left and we got settled in. We figured out that there was no wifi and we were a little bummed so we texted them to ask. But we went to the grocery store, and when we were walking back I saw people outside the door and I said, “Is that them?” My mom said no, but it was. It was the longest wifi password ever.

A couple of things about the Airbnb were: one was the crazy mirror that didn’t really show you your face, it went in all different directions and it made your mind go funny.

Another thing was the fold out couch. You didn’t have to take any cushions off. It was so convenient because you just pulled a strap and it folded out the whole way. It was FABULOUS!! 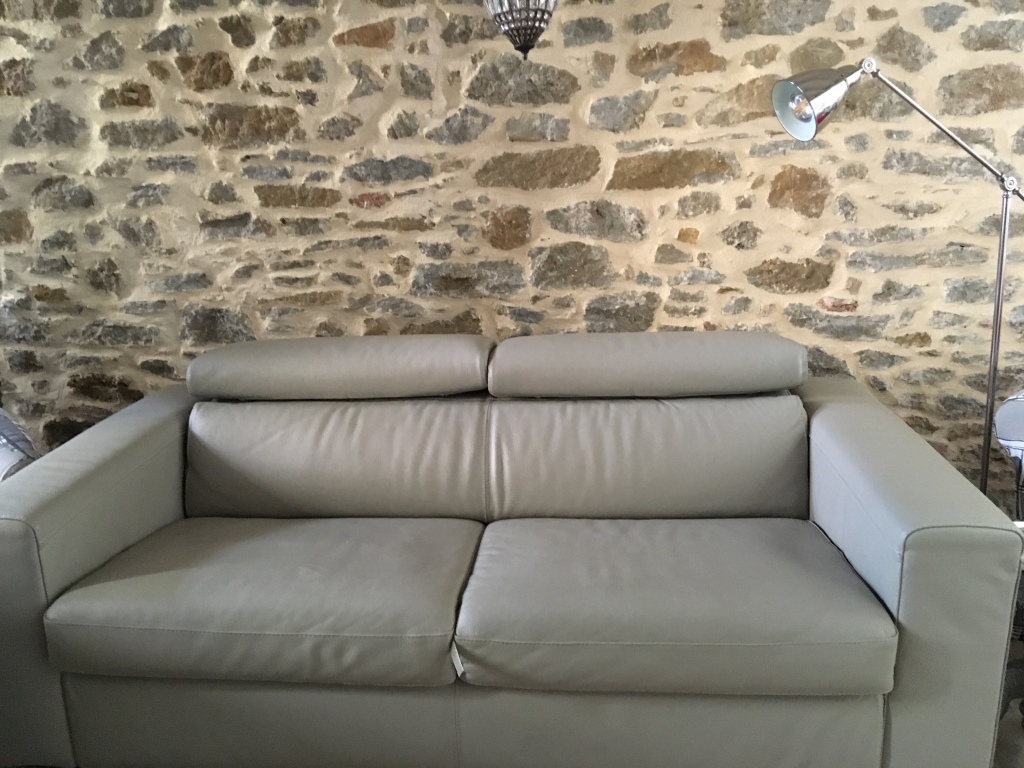 Another thing was the upstairs and the stairs. My word, were they creaky. Everytime I was about to close my eyes to sleep my mom or dad would step down and it would make a giant creak and I could never fall asleep. But I ended up getting used to it so it was fine. 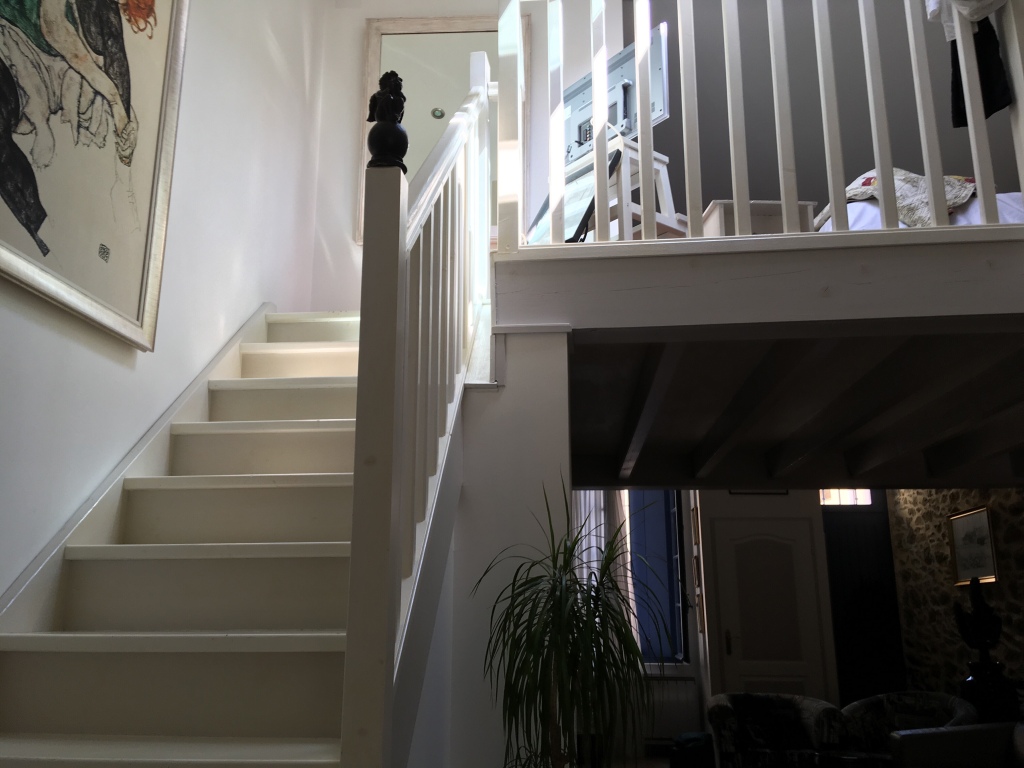 One more thing – everything was so fragile. Everything was either ceramic or glass, and luckily we didn’t break anything. Which is the opposite to Nice, where we broke a candle and a mirror fell off the wall while we were out and a cabinet fell on my head when I tried to open it. 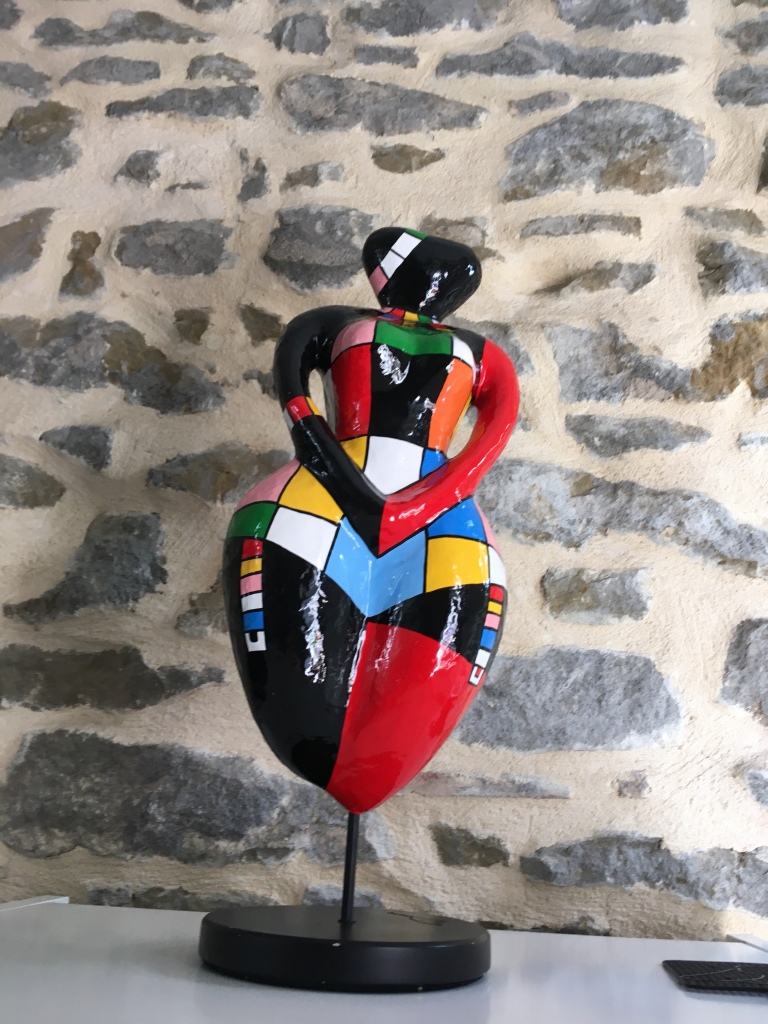 And one last thing was that the walls were made of stone, and it was really interessant (“interesting” in French!) 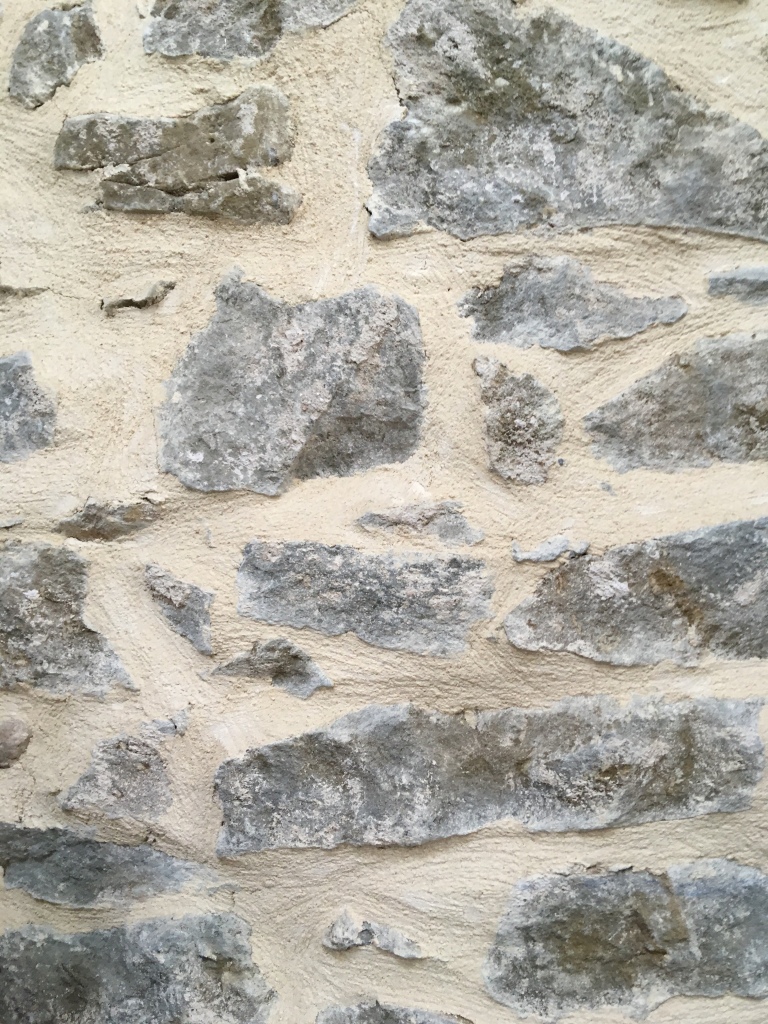 Also the back patio was so pretty. It had plants and cactuses and chairs and a shed in the back and was really nice to sit out in. 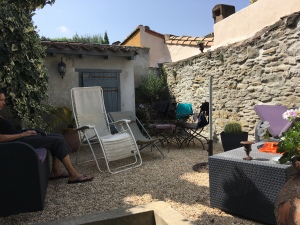 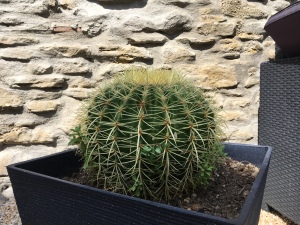 Our next grocery store trip was closer and bigger and more convenient but closed an hour earlier. So we went earlier and got a few more things. On the way back to the Airbnb we went to a patisserie and I got the biggest piece of flan. I don’t have a picture of it before because I ate it too fast, but here is a picture of it after.🍮😋 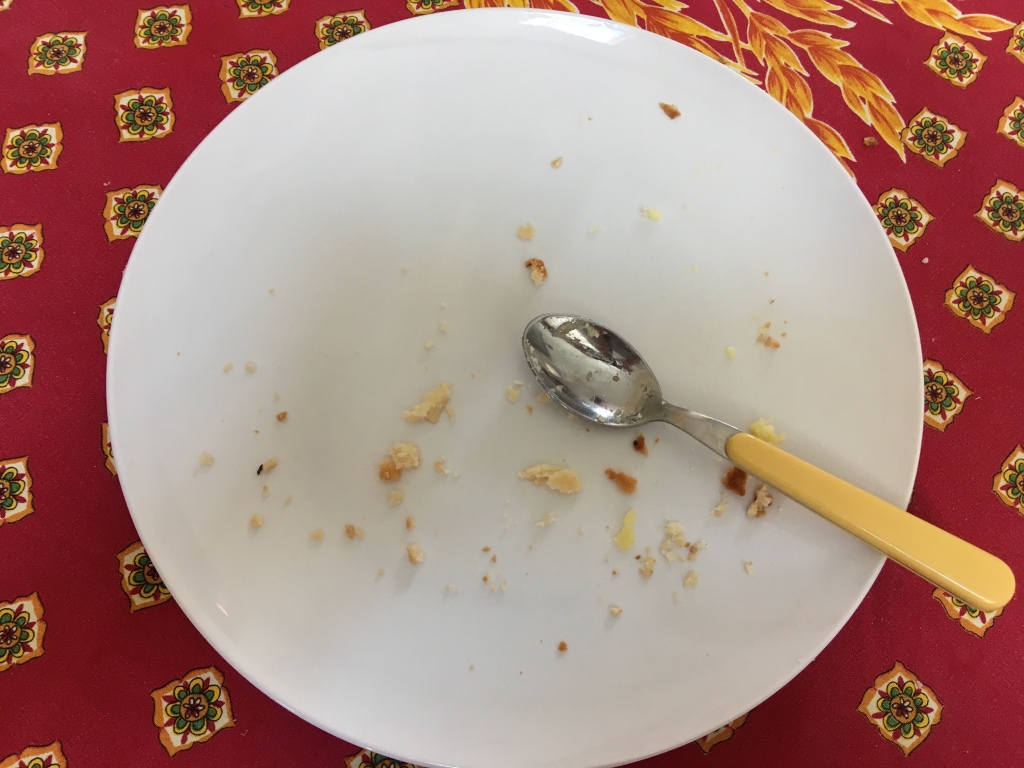 One day we took the bus to a water park. There were tons of floaties and a huge iceberg that you climbed up and jumped off of. There was also a big round ball that had twigs sticking out of it that you sat on and held on to the handles. All four of us got on and we went cray-cray cause we were see-sawing all around and flying into each other. Then we flung off the twigs into the water. 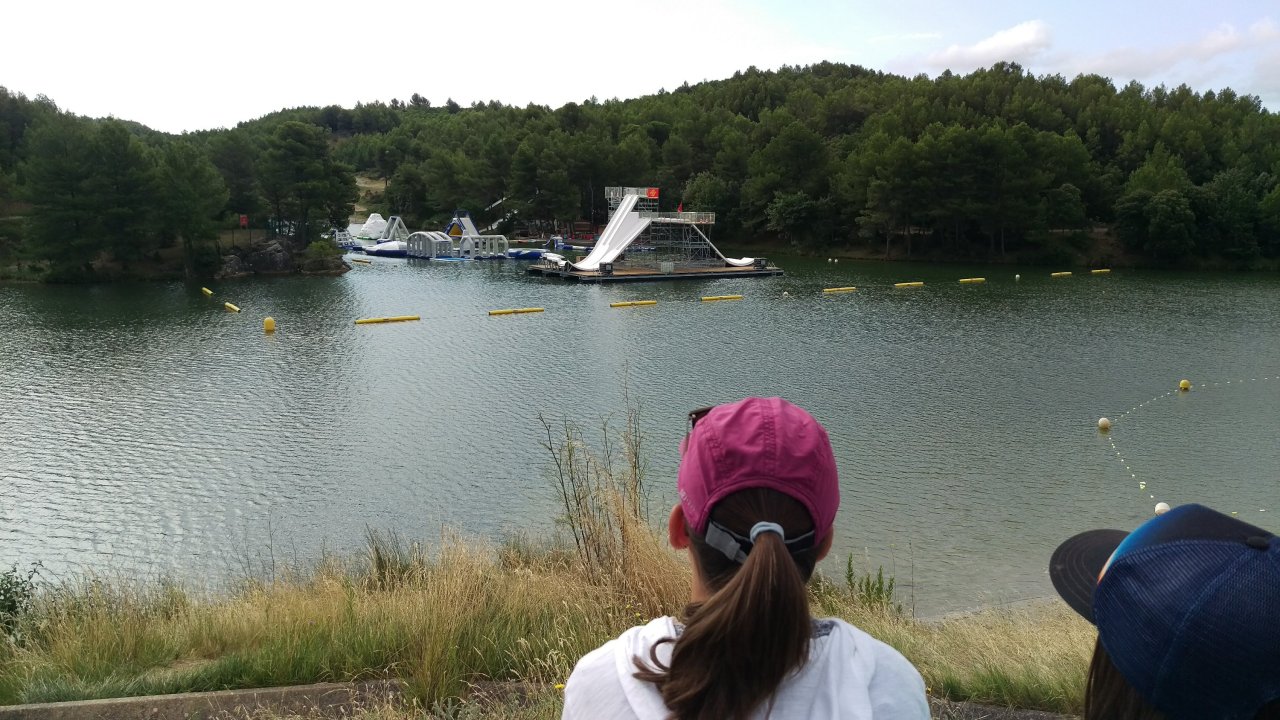 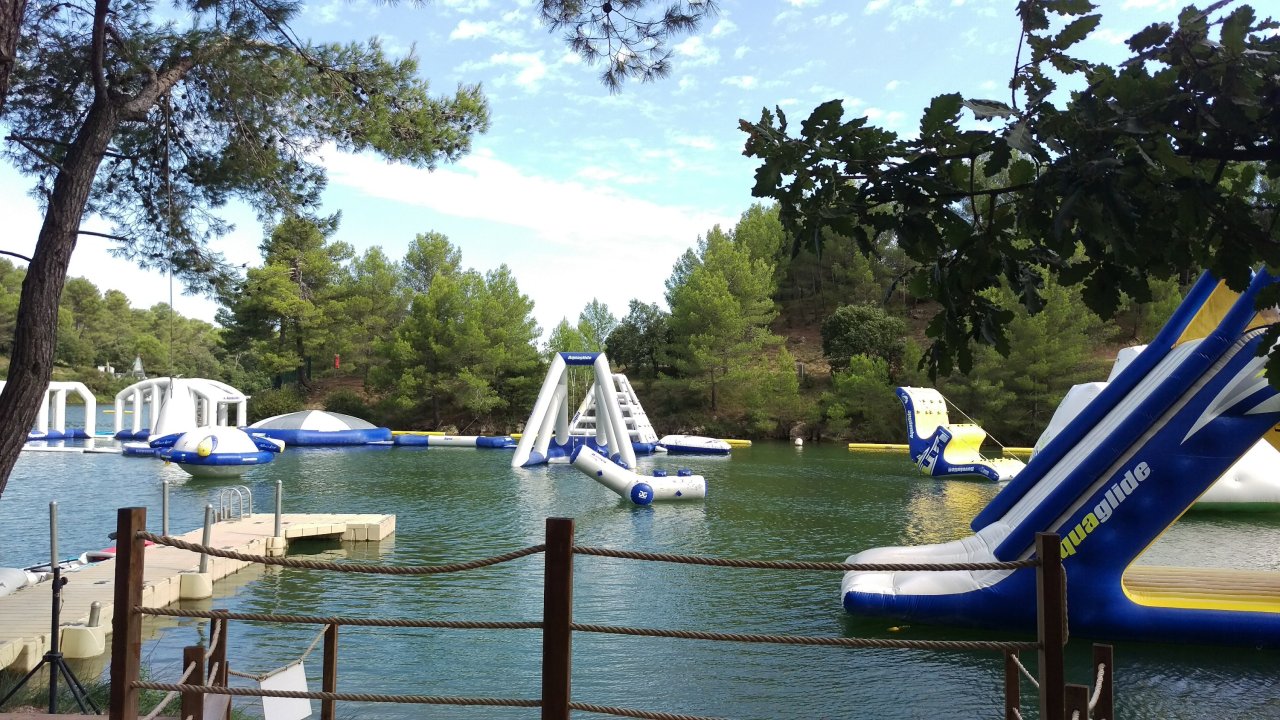 The dome was like a giant squishy marshmallow that you tried to climb to the top of and then push people off of. A boy’s toenail went into Amelia’s armpit and it hurt real bad.

We went to the castle (Citie Medievale) four times. The first day was fun, but after three days I didn’t think it was very fun. 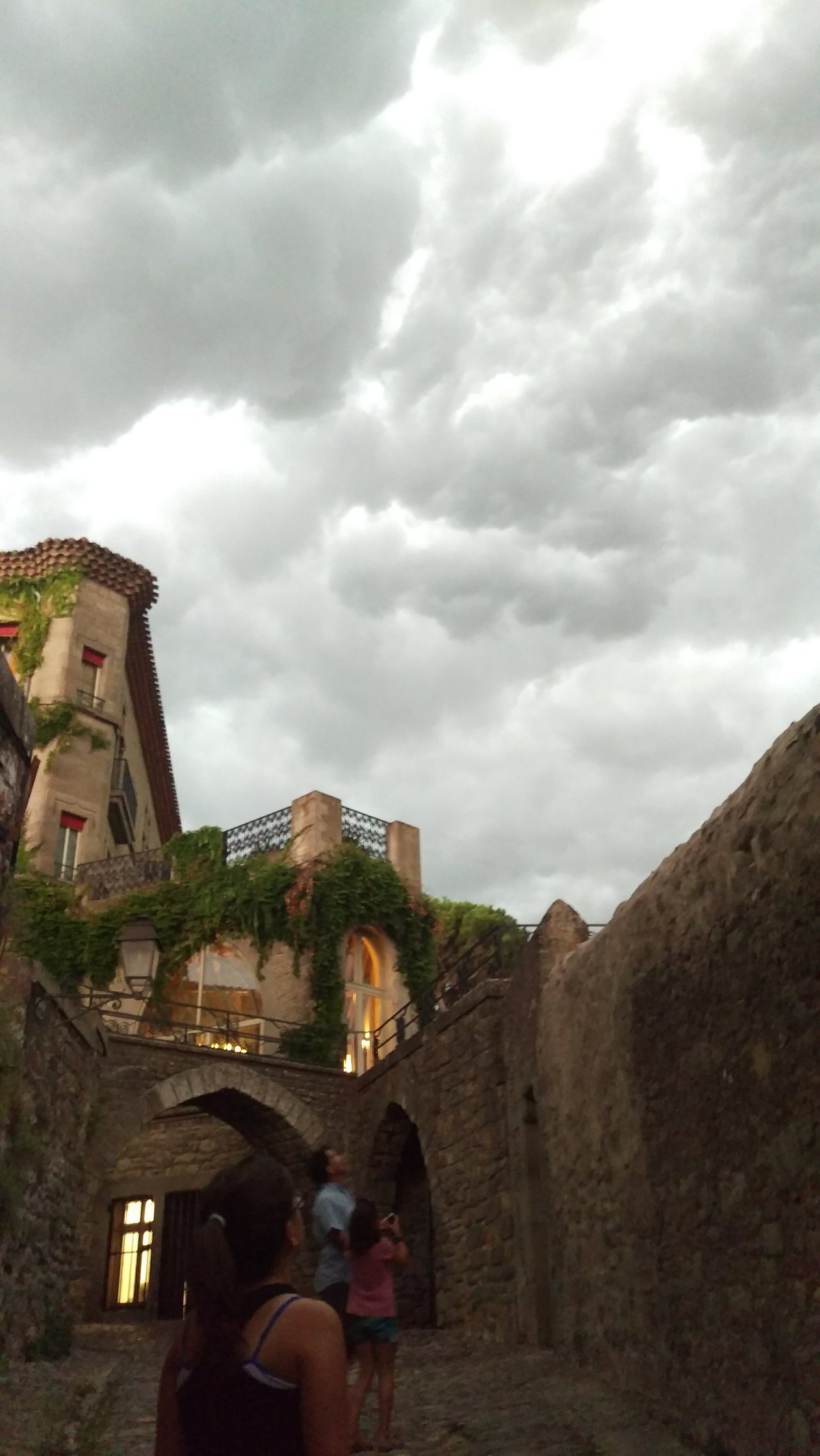 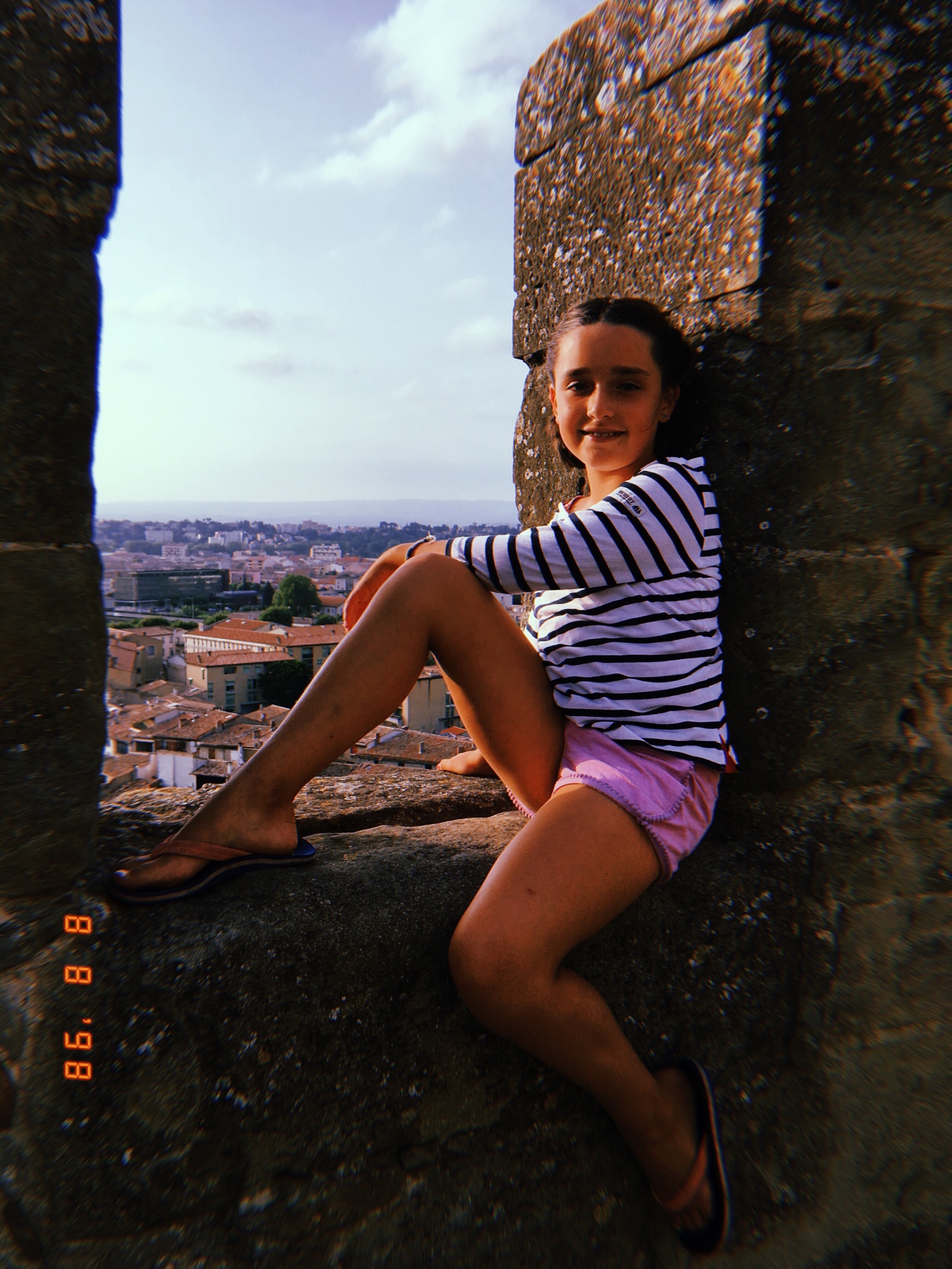 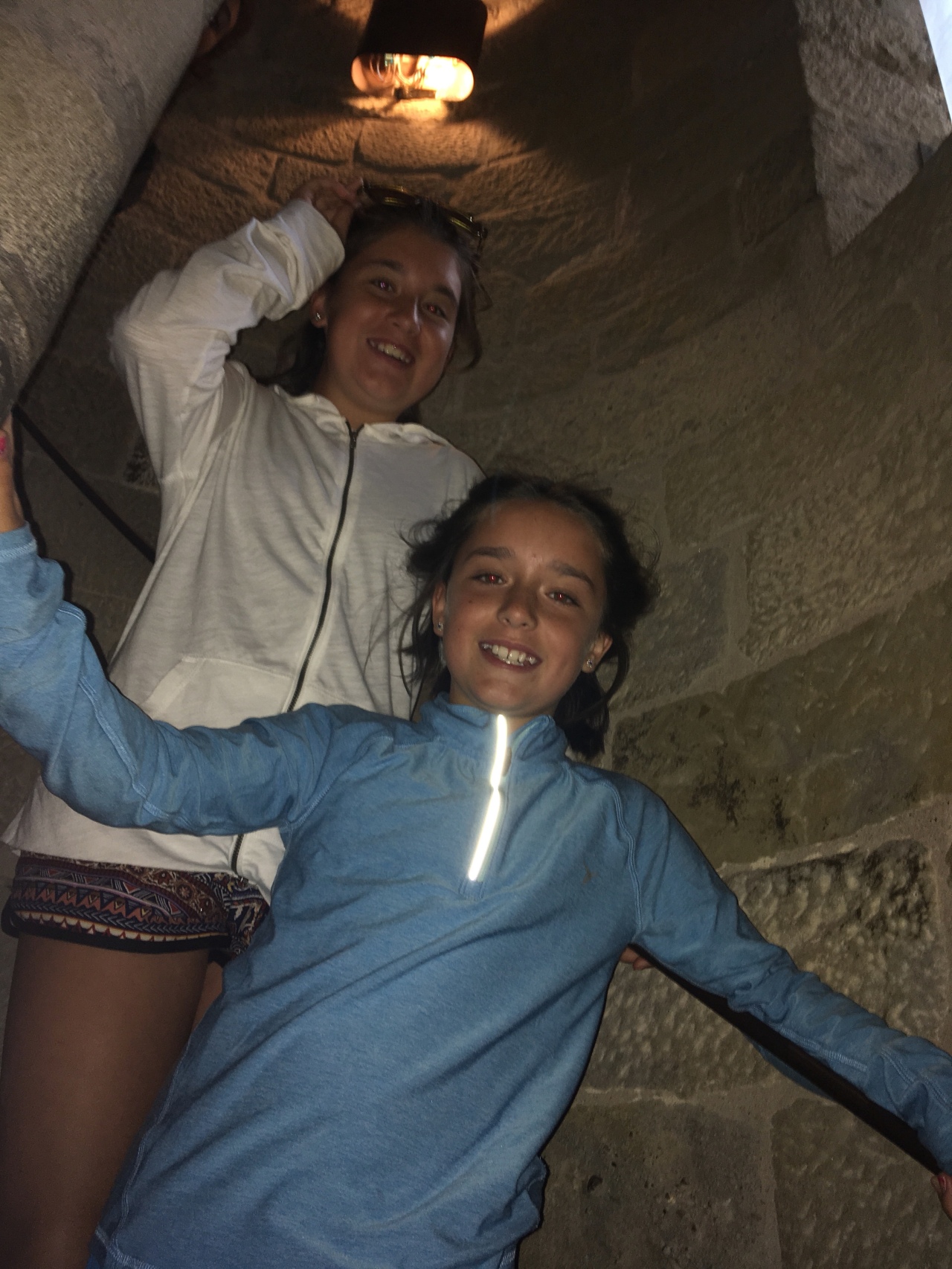 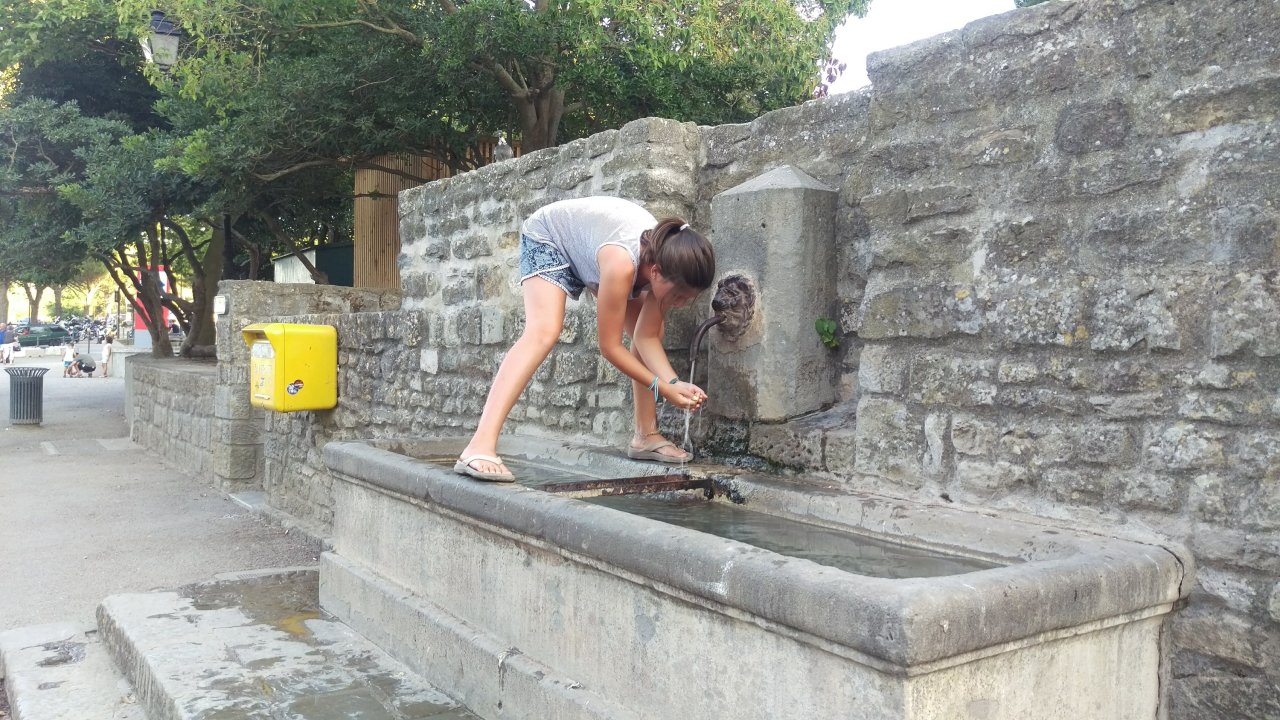 We saw a light show at night that was so confuzzling. It was dramatic and then sad and then happy and then sad again. There were dancers that were really good but I didn’t understand them. 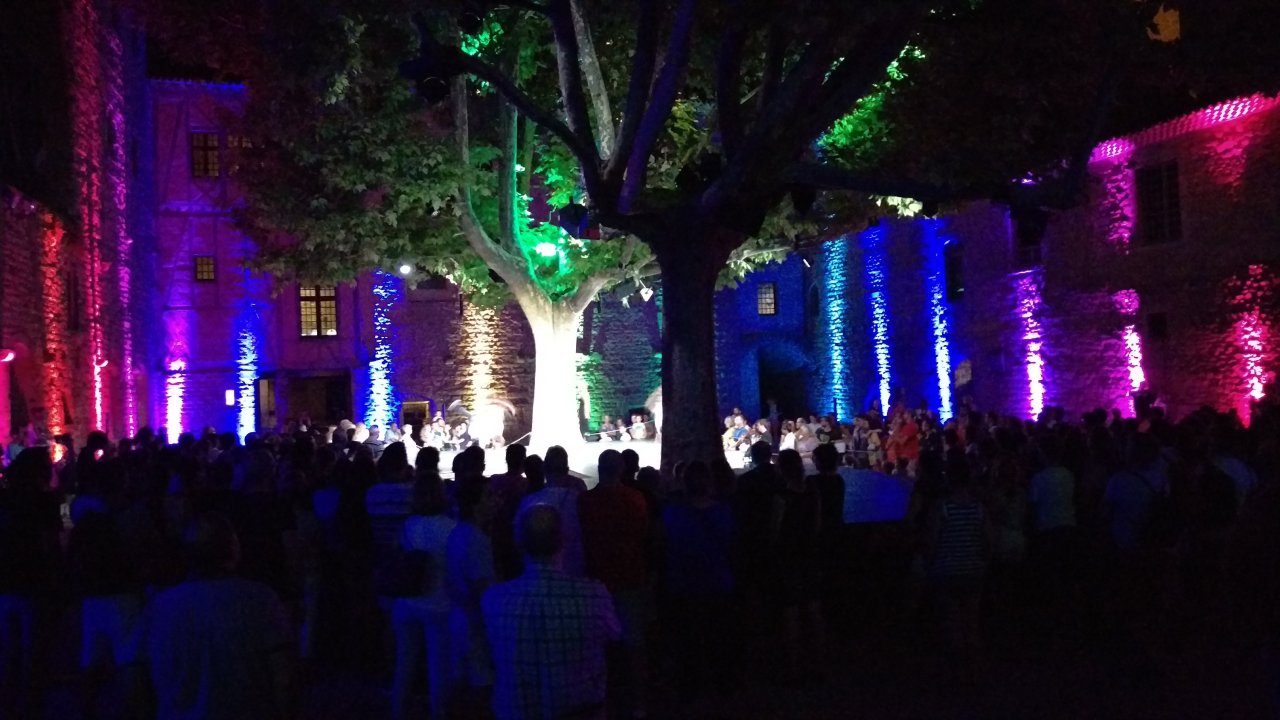 There was a woman in white who was really scary. I went up to her and gave her money and she gave me a paper crane that had a poem on it. 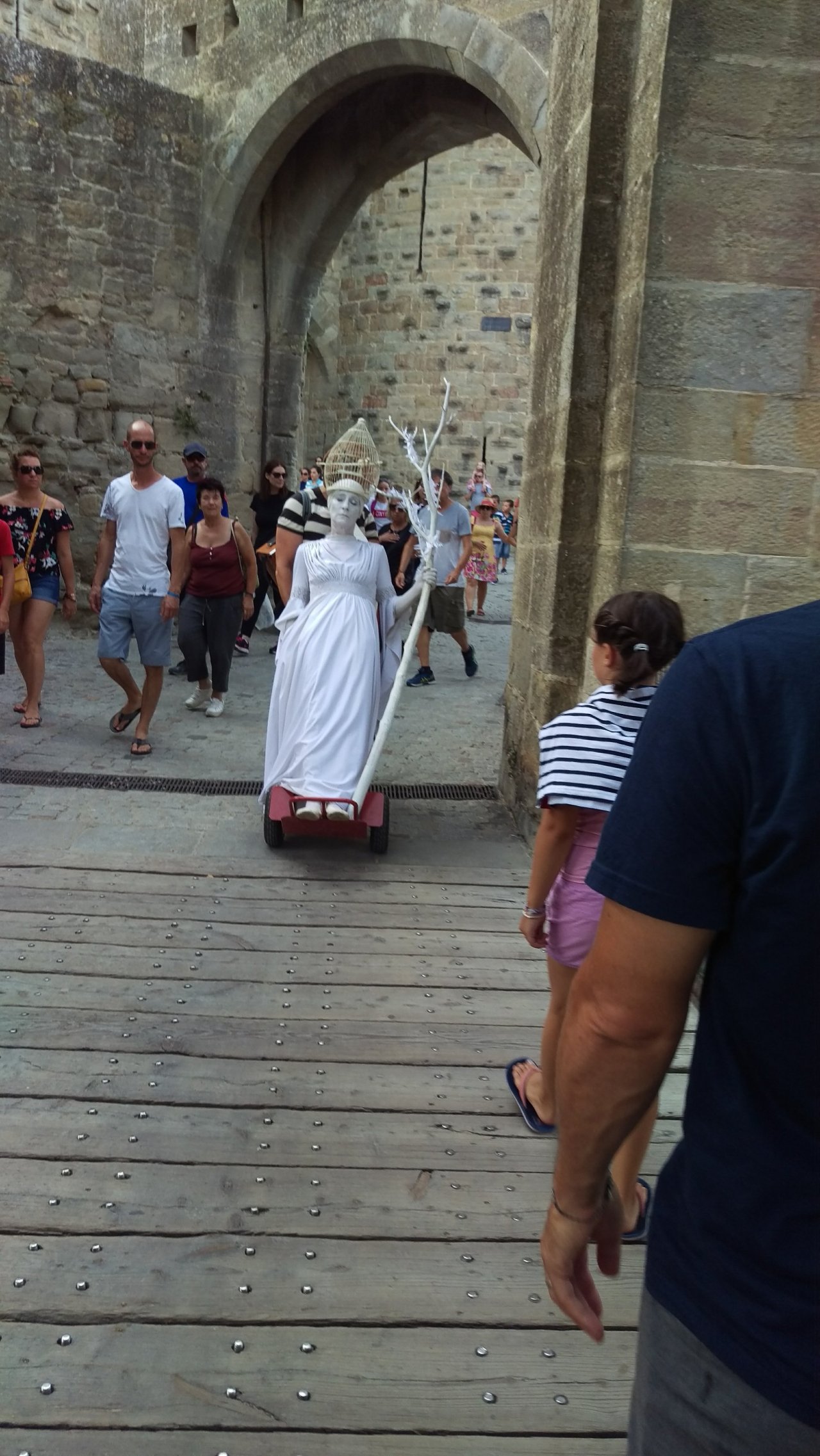 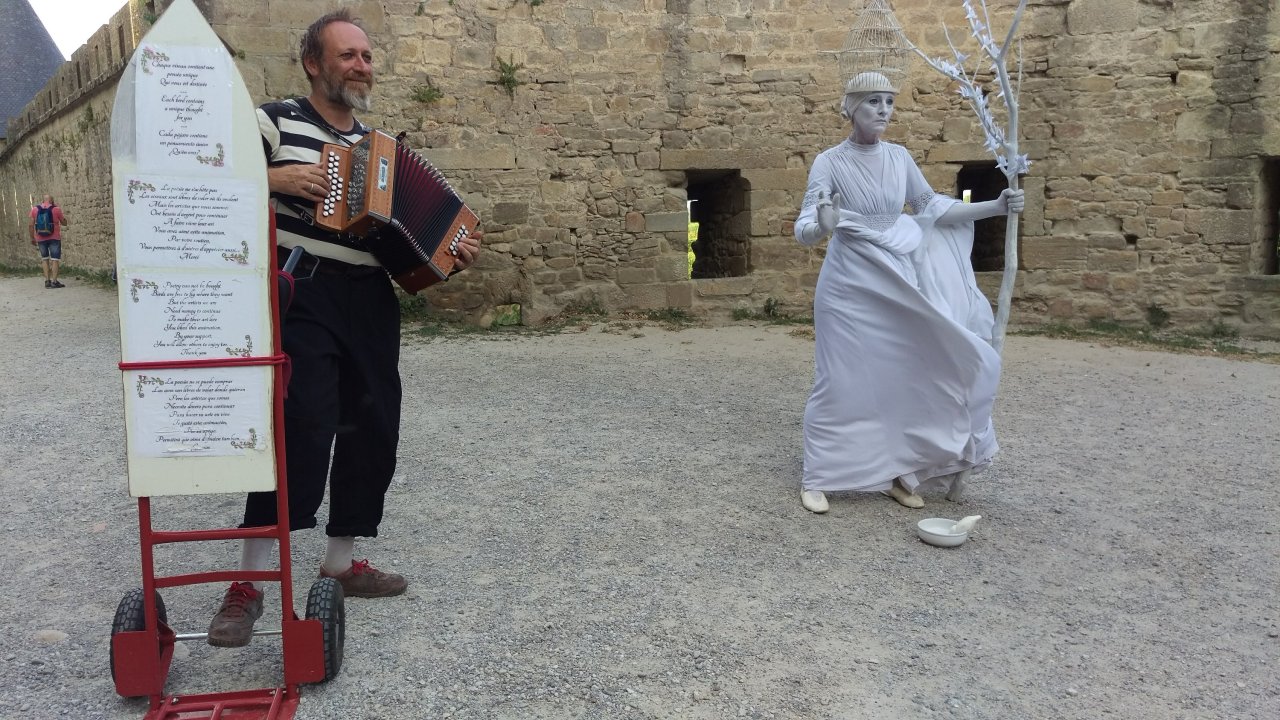 We did a walk around the ramparts with audio guides that kind of looked like cell phones. The audio guide kept talking about barbecues, and it was very confuzzling. (Mom’s edit – the barbacane is a semicircular stone fortification, but does sound like the word barbecue 🙂 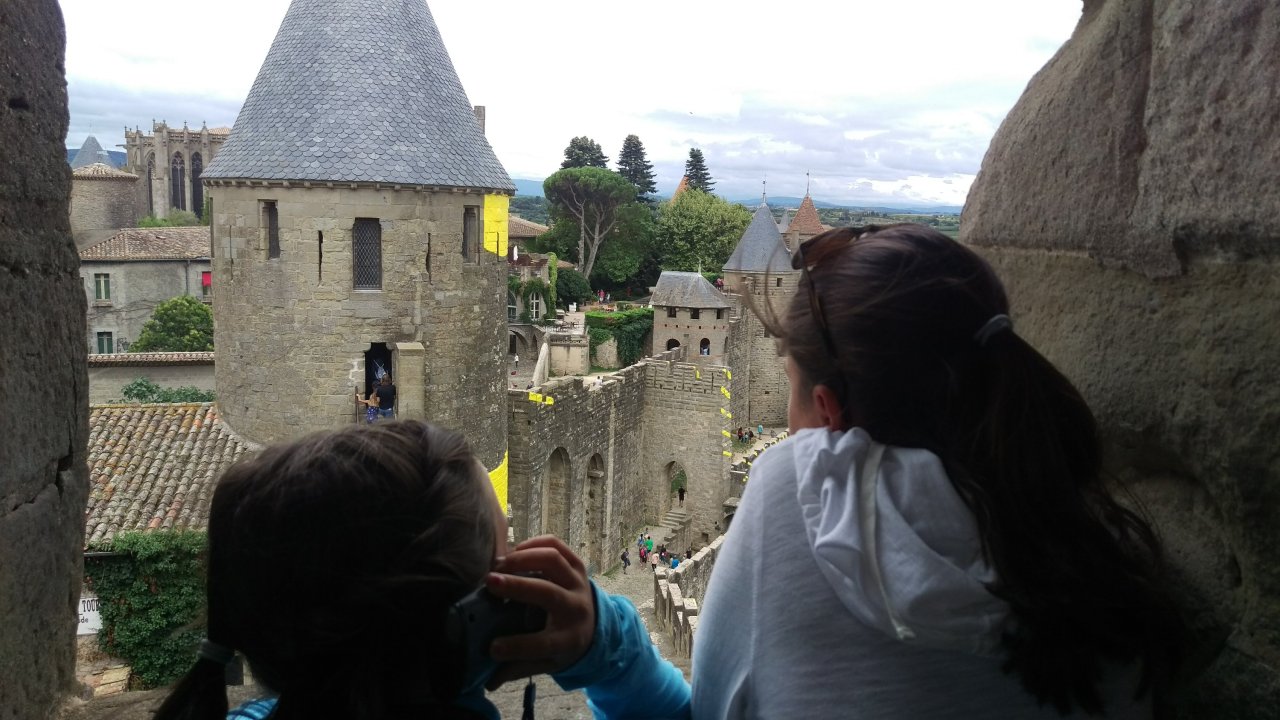 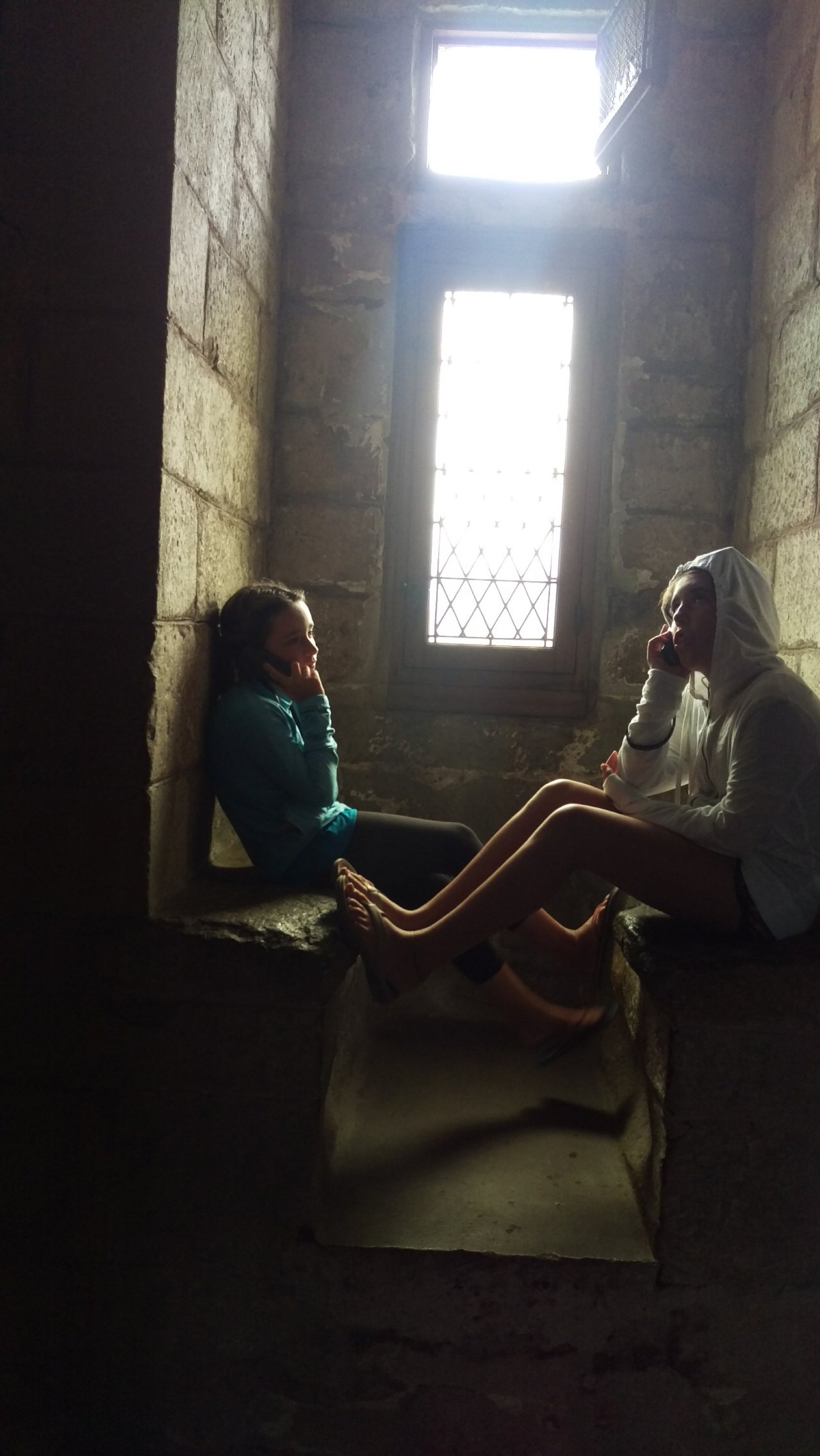 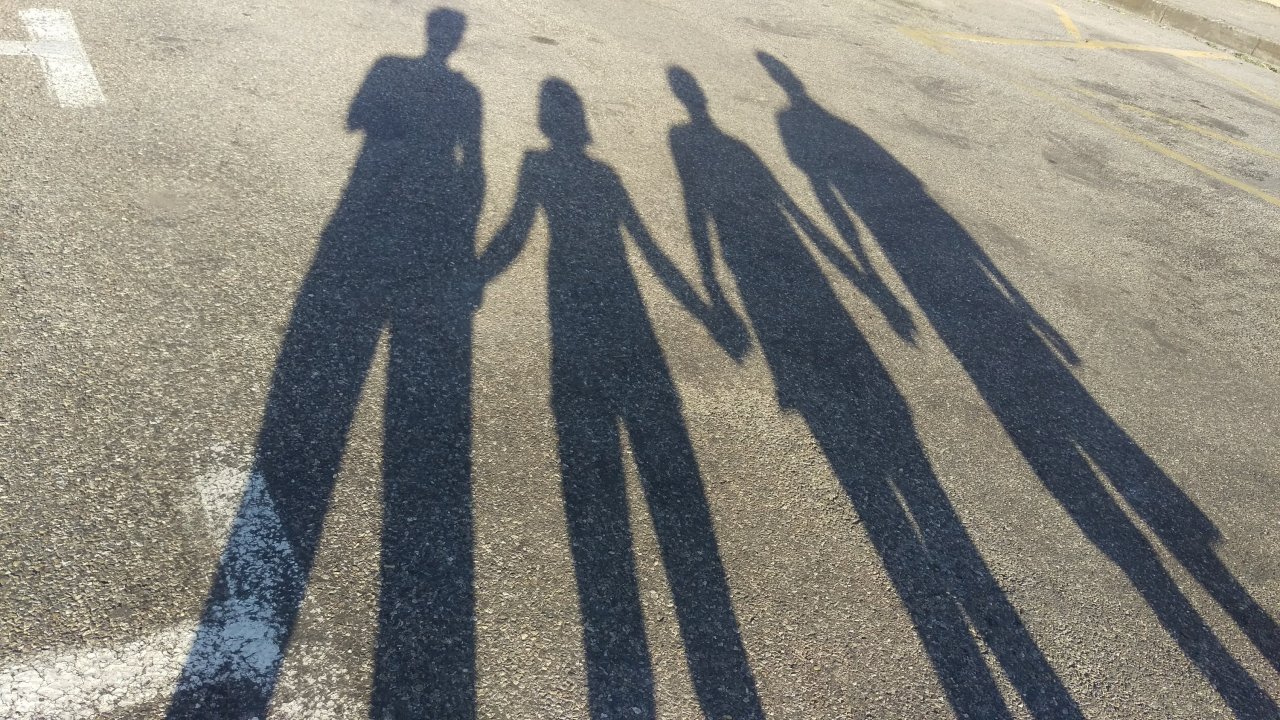 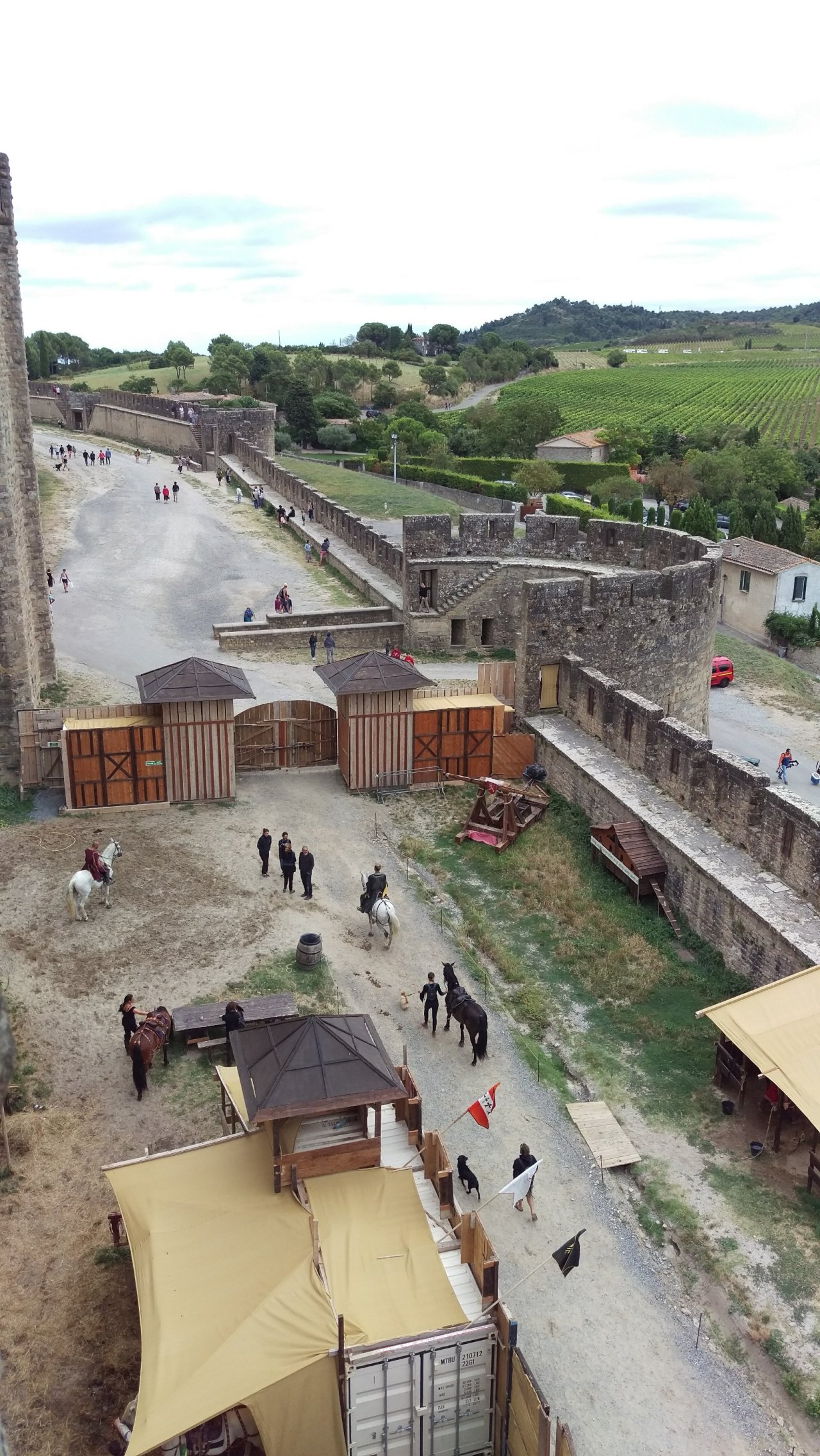 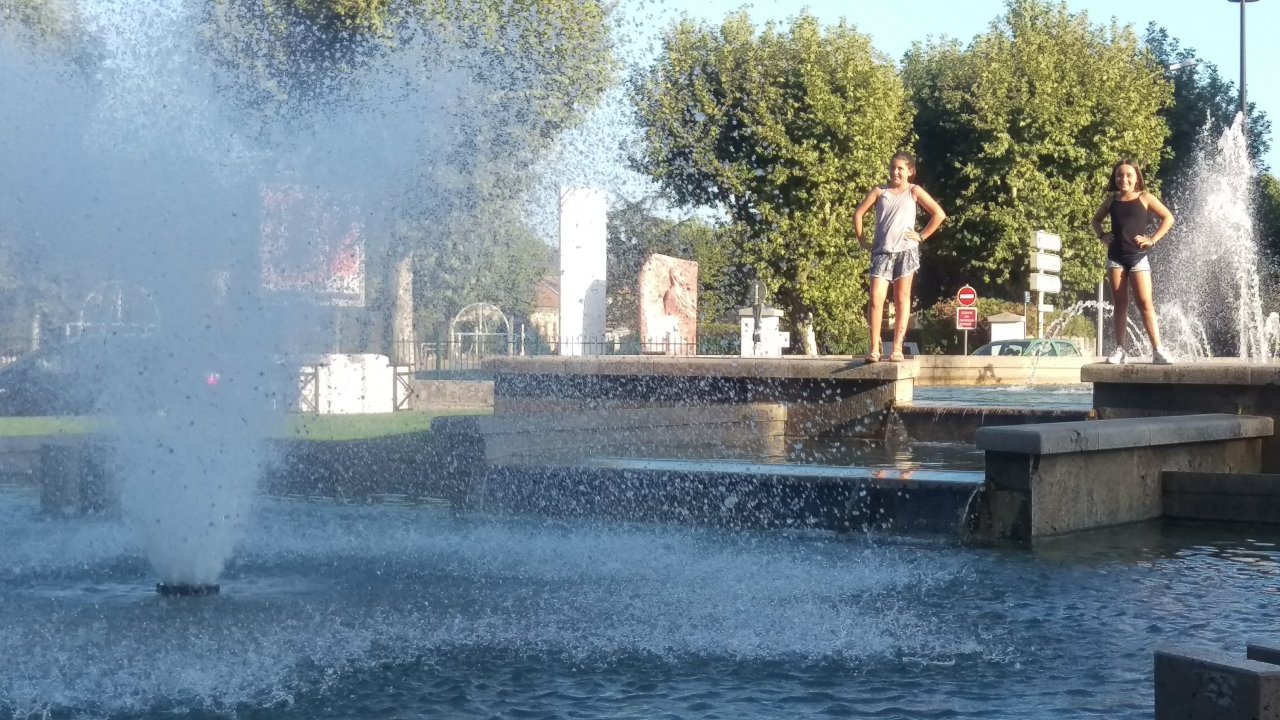 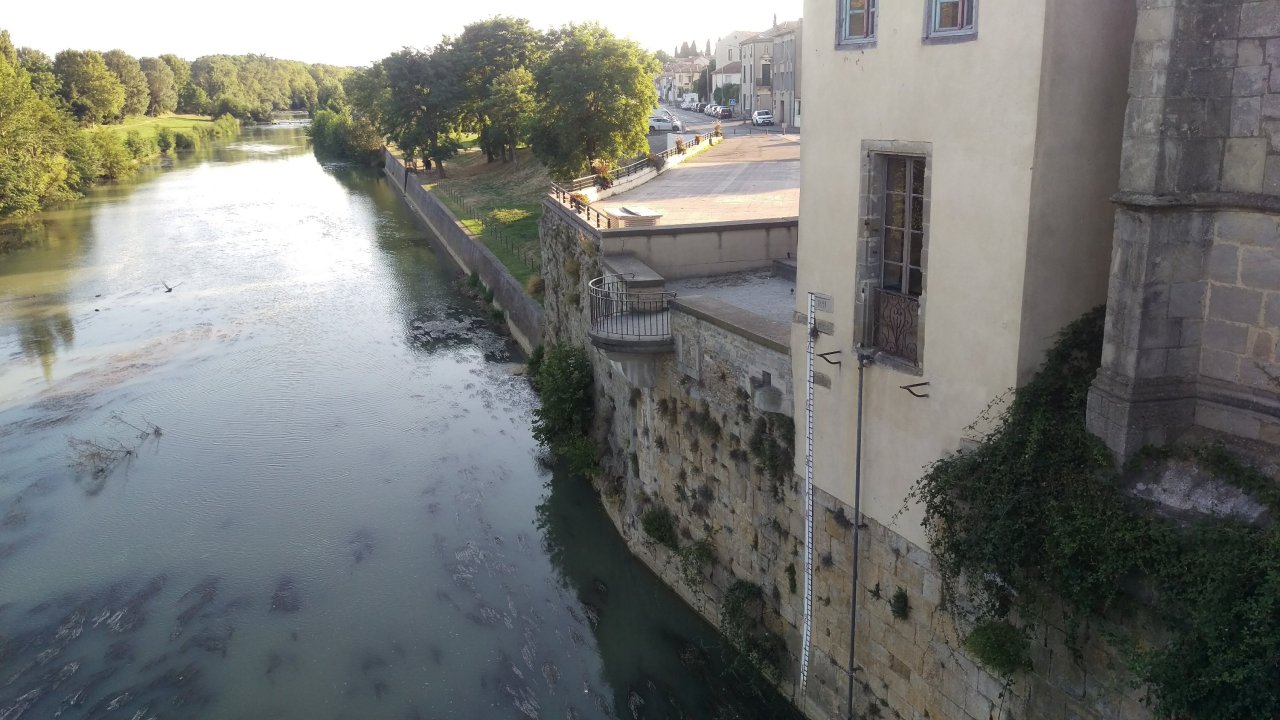 We walked to the train station on our last day and saw people with bicycles. 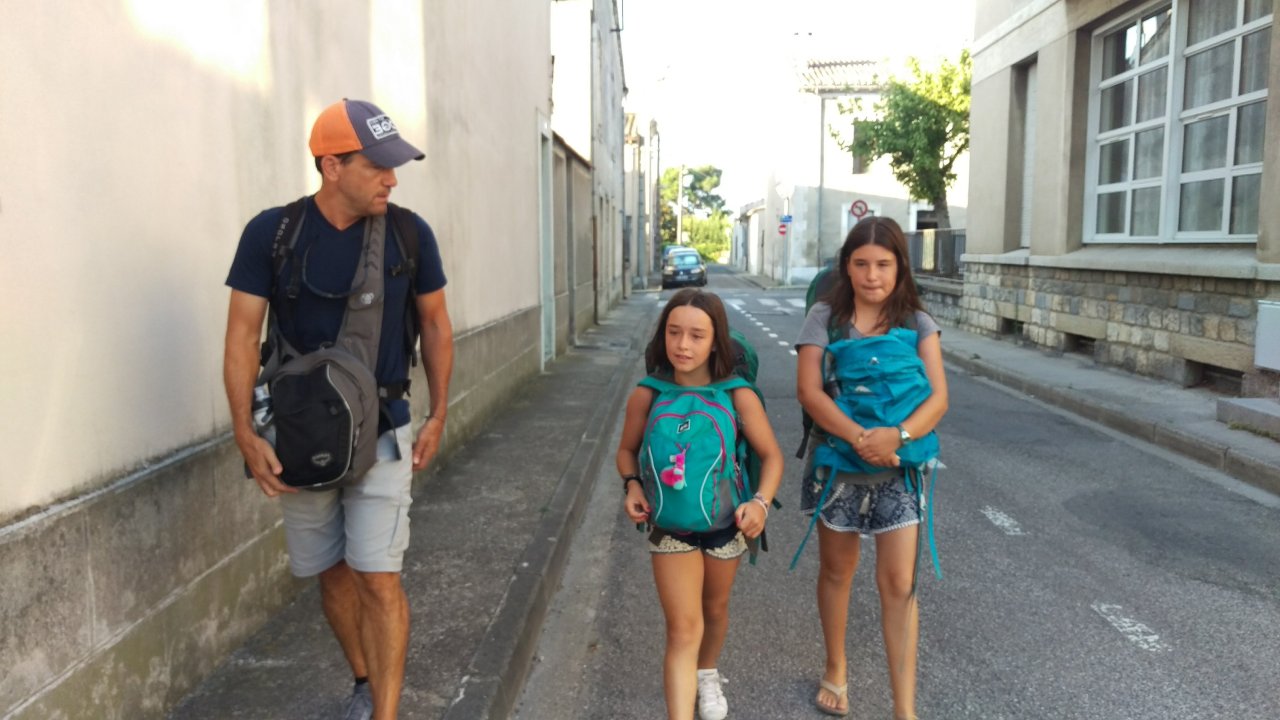 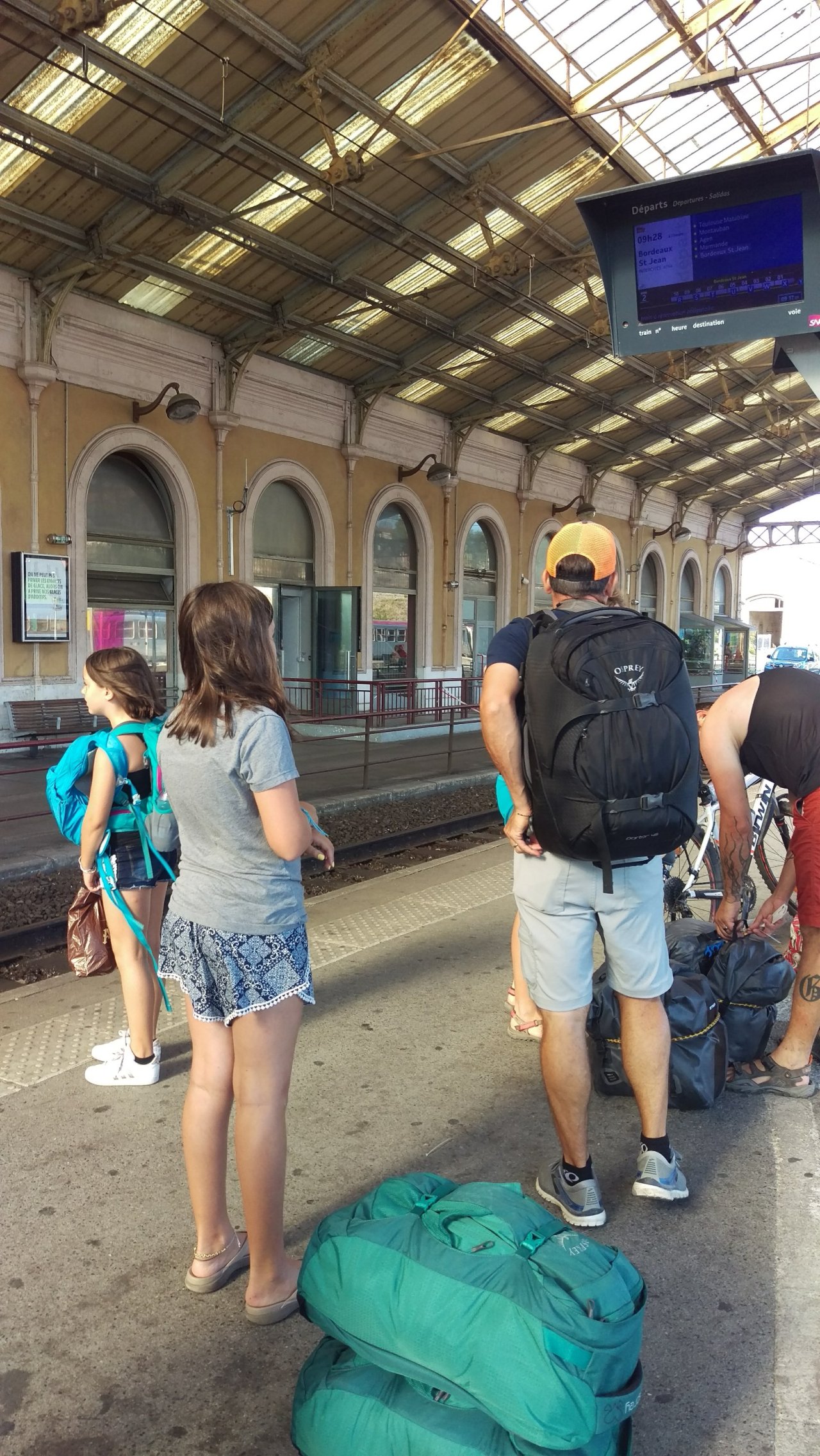 We took the train to Bordeaux, where our Airbnb has a big painting with tigers all around it. 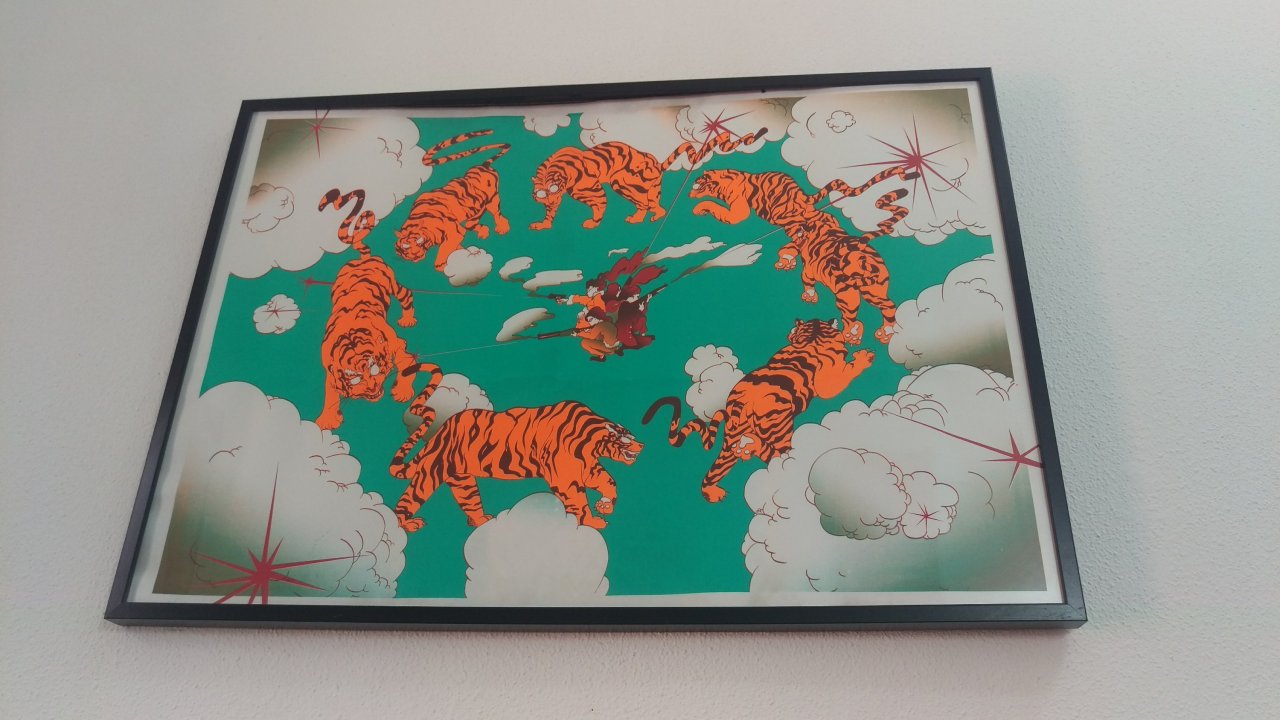