Socks and Sewing, by Annabelle

When we were in Frankfurt (Germany) with Sue and John and their dog Bailey I really wanted to make a sock monkey, and they had the stuff to make it. So I used a pair of John’s old socks and did the steps to make the sock monkey.

When I was finished since they didn’t have stuffing I stuffed it with Bailey’s old ripped up stuffies.

And I made it clothes with John’s old clothes. It was very hard to hand sew the clothes, so Sue brought out her sewing machine and it was way easier. 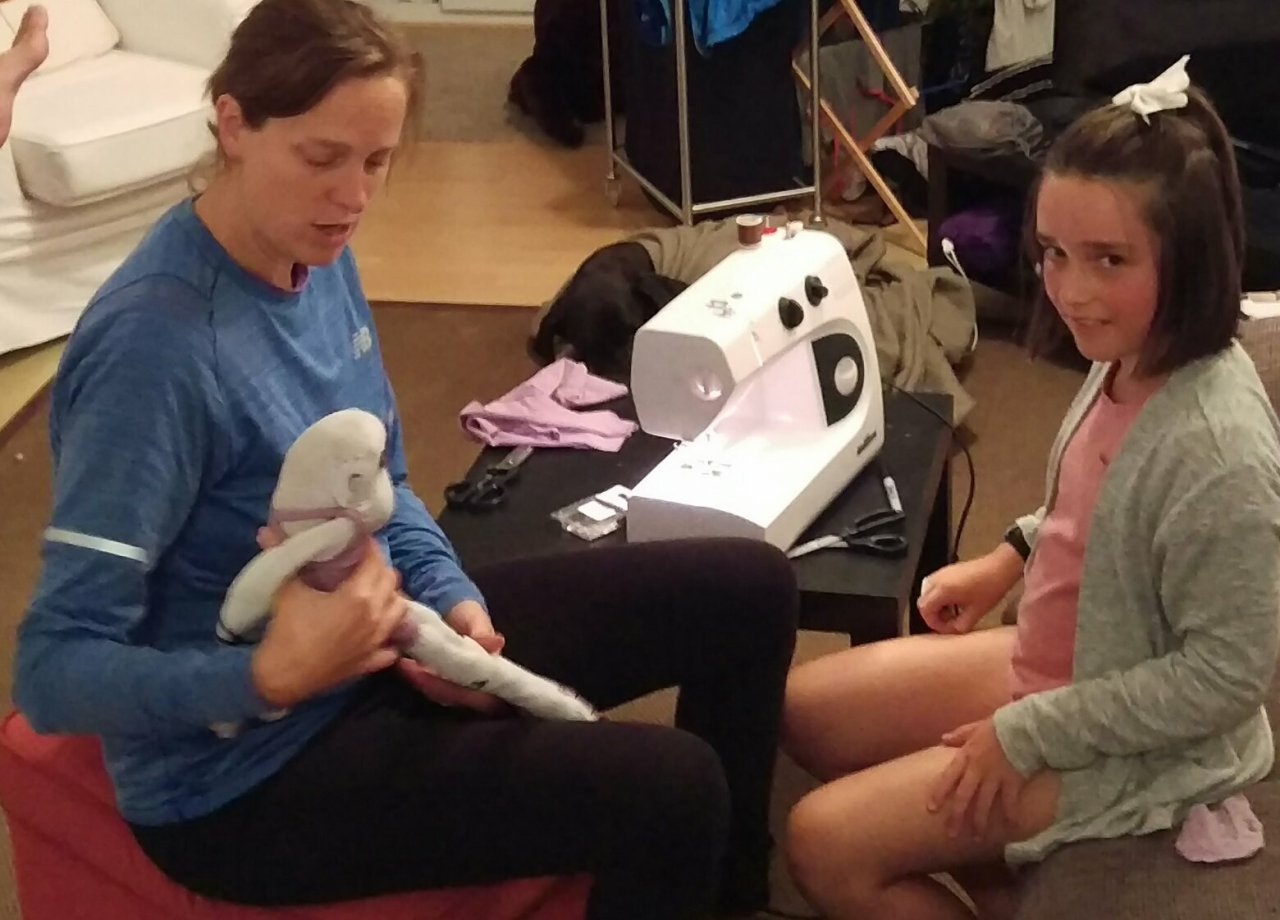 It was very hard to say Good Bye to my sock monkey named Peter, but I knew he was in good hands with Sue & John.

We heard he climbed a rope and got promoted to captain.