Fun on the Farm, by Annabelle

We had an amazing time on the farm, and I loved staying there, but it was still pretty hard.

There were two cats, one girl and one boy. Their names were Mork & Mindy and they were both Siamese. The cats were nice to have sit on your lap, and were very snuggly. 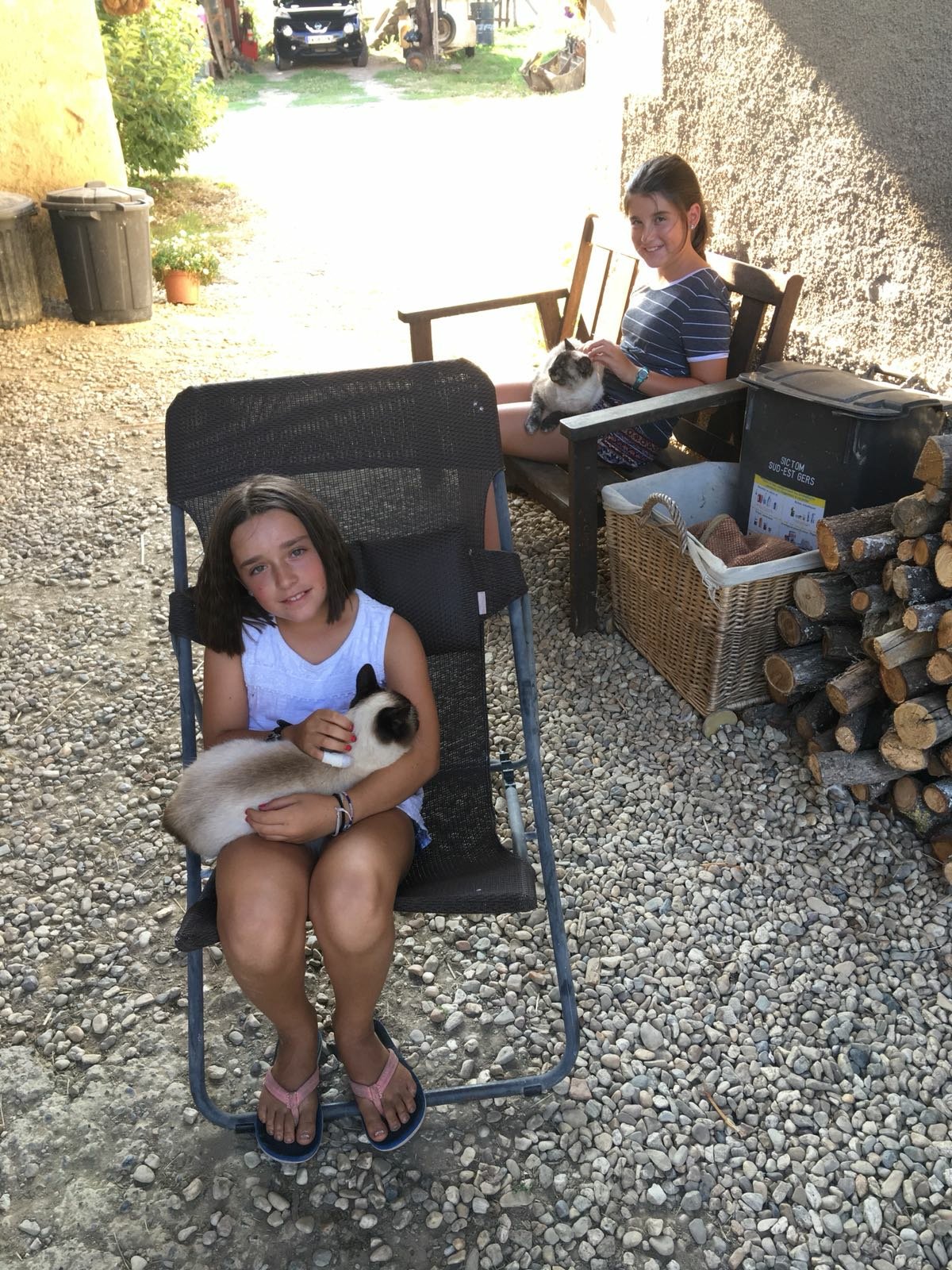 Mork was doing yoga when I picked him up and put him on a pile of hay. I took this picture and called him yogacat. 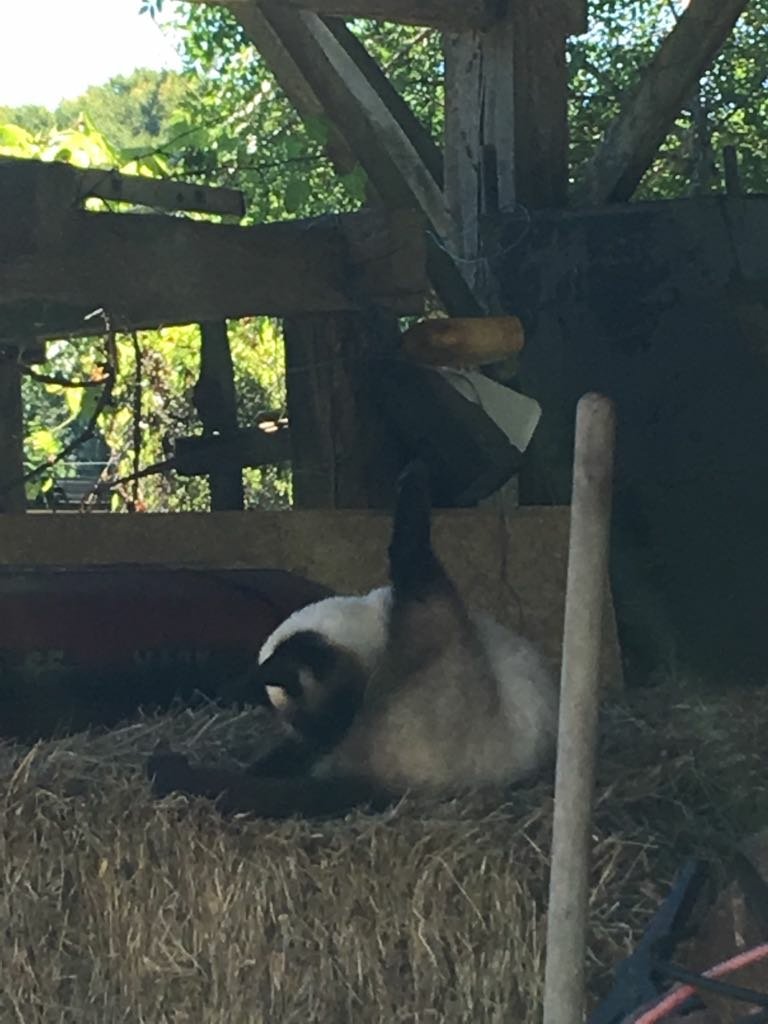 The cats would jump up onto your lap and they would scratch your leg when they wanted to sit with you, but it really hurt. They only liked being scratched on their head. 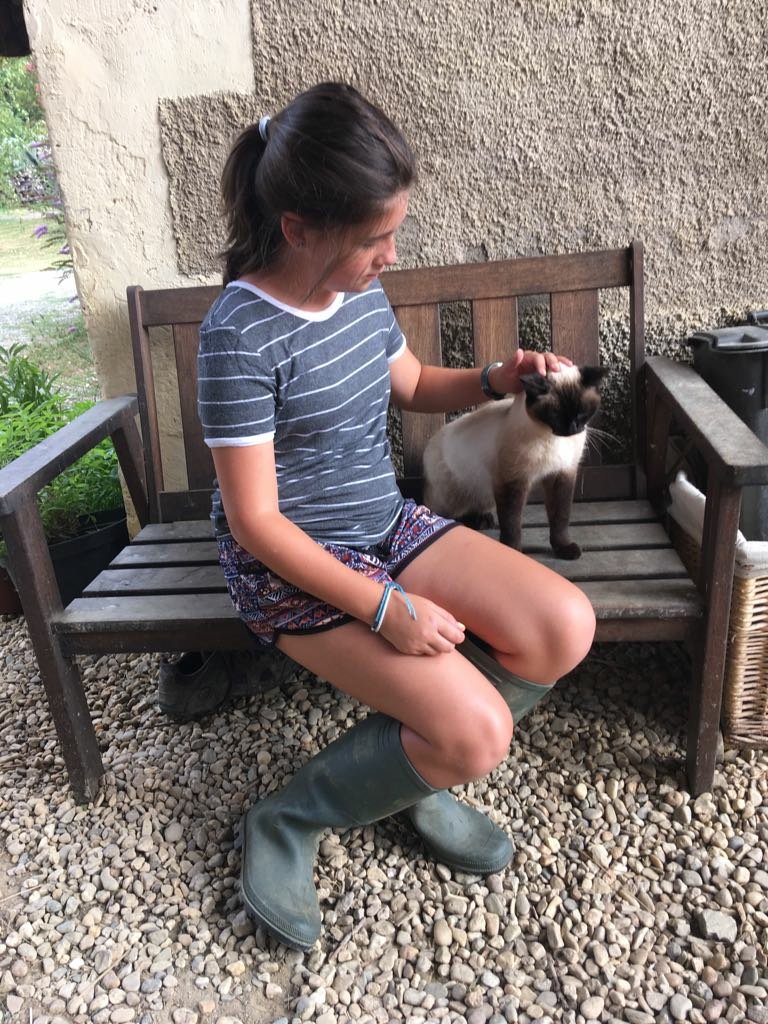 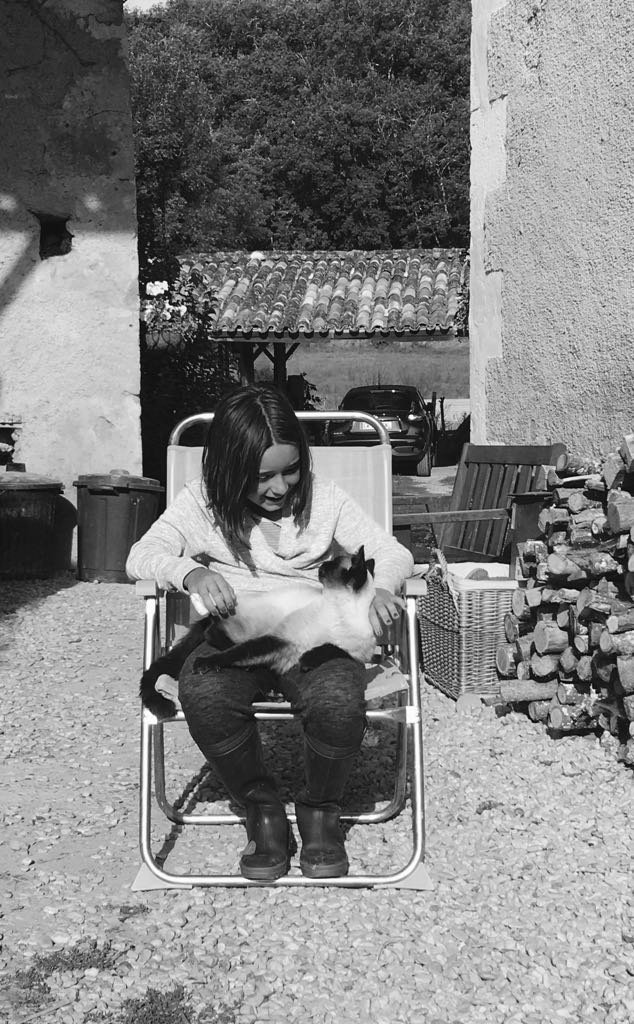 We picked zucchini, cucumbers, an eggplant (an obergene), tomatoes, and French beans. We ate everything except the eggplant. They tasted really good and fresh right from the plants and it was so cool picking them. The tomatoes were really red and they tasted really fresh, my grandpa actually thought they were raw meat (when he saw them during our dinner via Skype) because they were so red. The zucchini was really big but me and Amelia don’t like zucchini, but my mom and dad said it was really good. 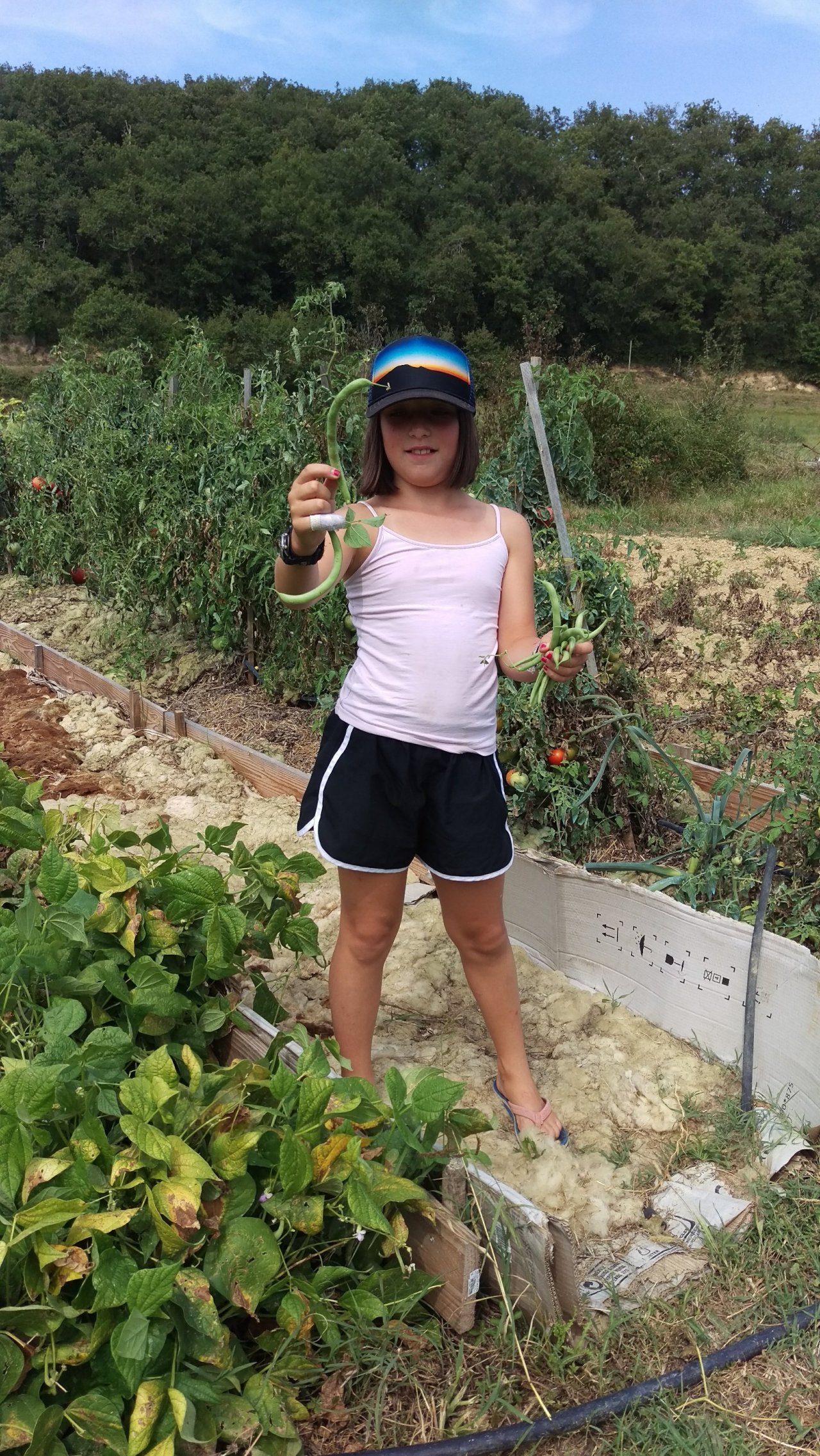 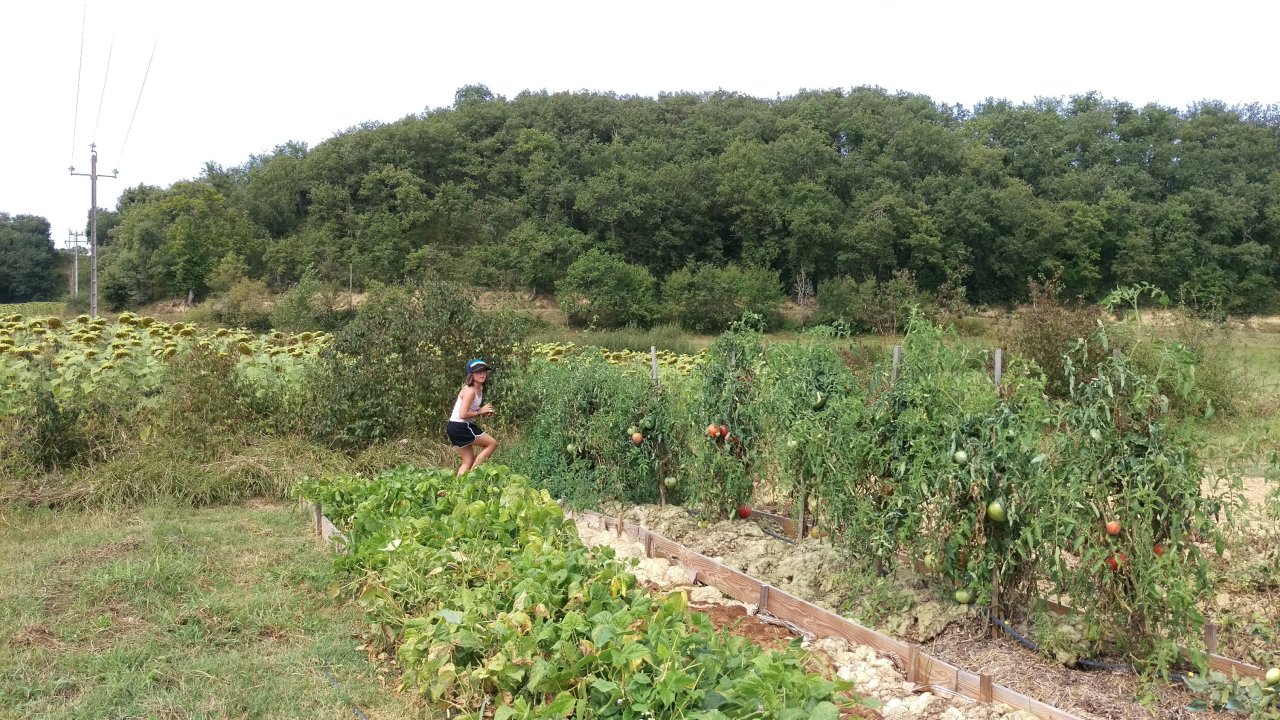 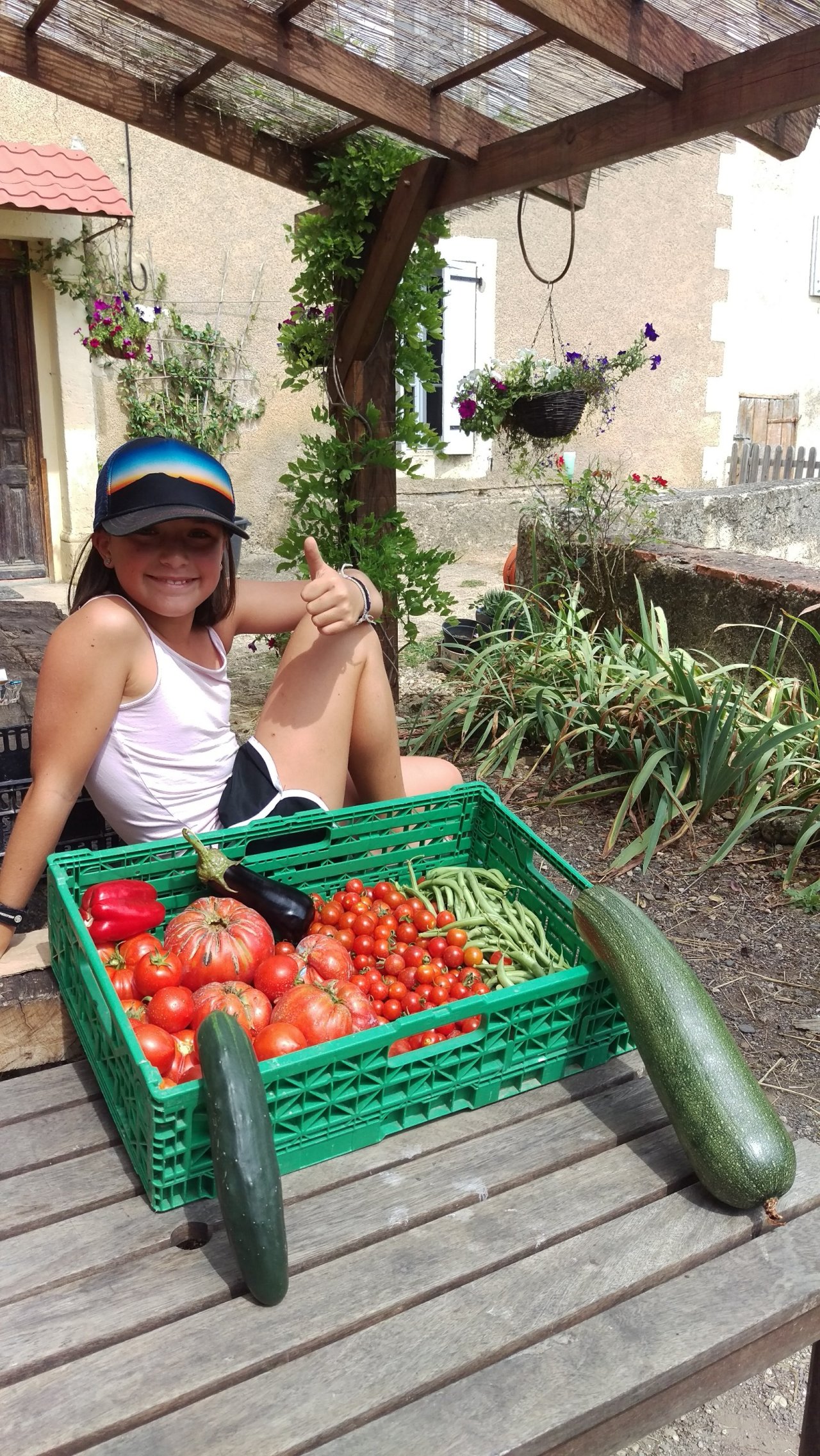 I went to the garden with my dad and we saw dead plants. My dad said they were potatoes, but I just thought they were dead. So after the dog walk we went back to the dead plants and took a pitchfork and dug them up. Fifteen potatoes came up on the pitchfork!!!!!!!!!!!!!!!!!!!!!!!! We cooked them for dinner and they were really good. 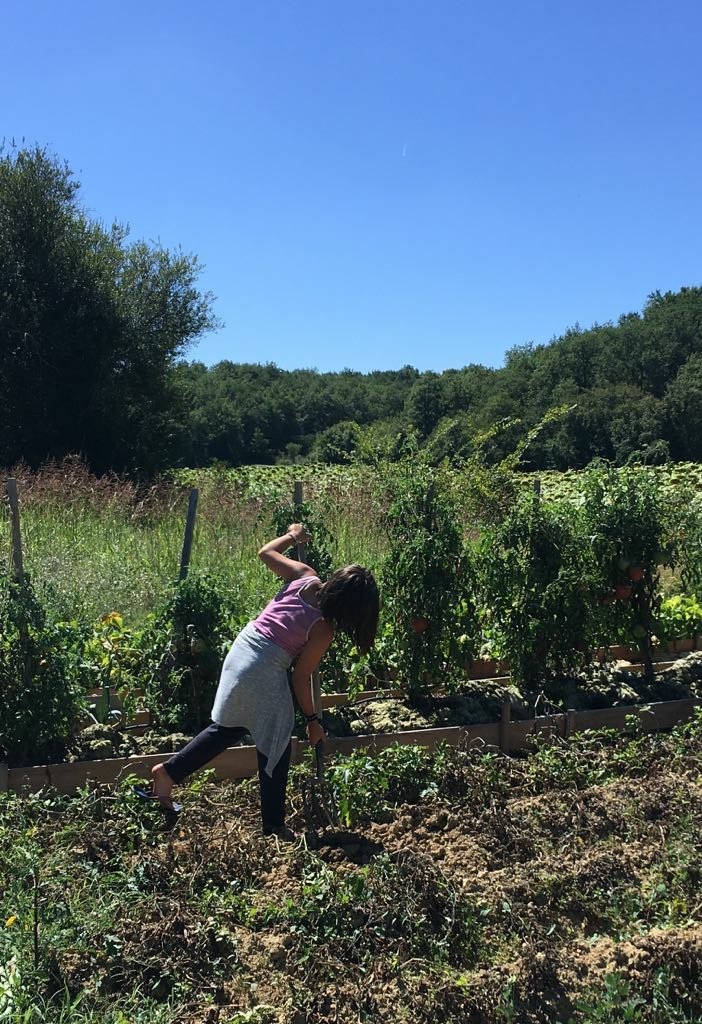 The chickens kept hopping up onto the fence, and it was really bad because they shouldn’t be up there. So one of them jumped over and it got chased by Issa (one of the dogs) and it got tailed – Issa bit off its tail feathers. 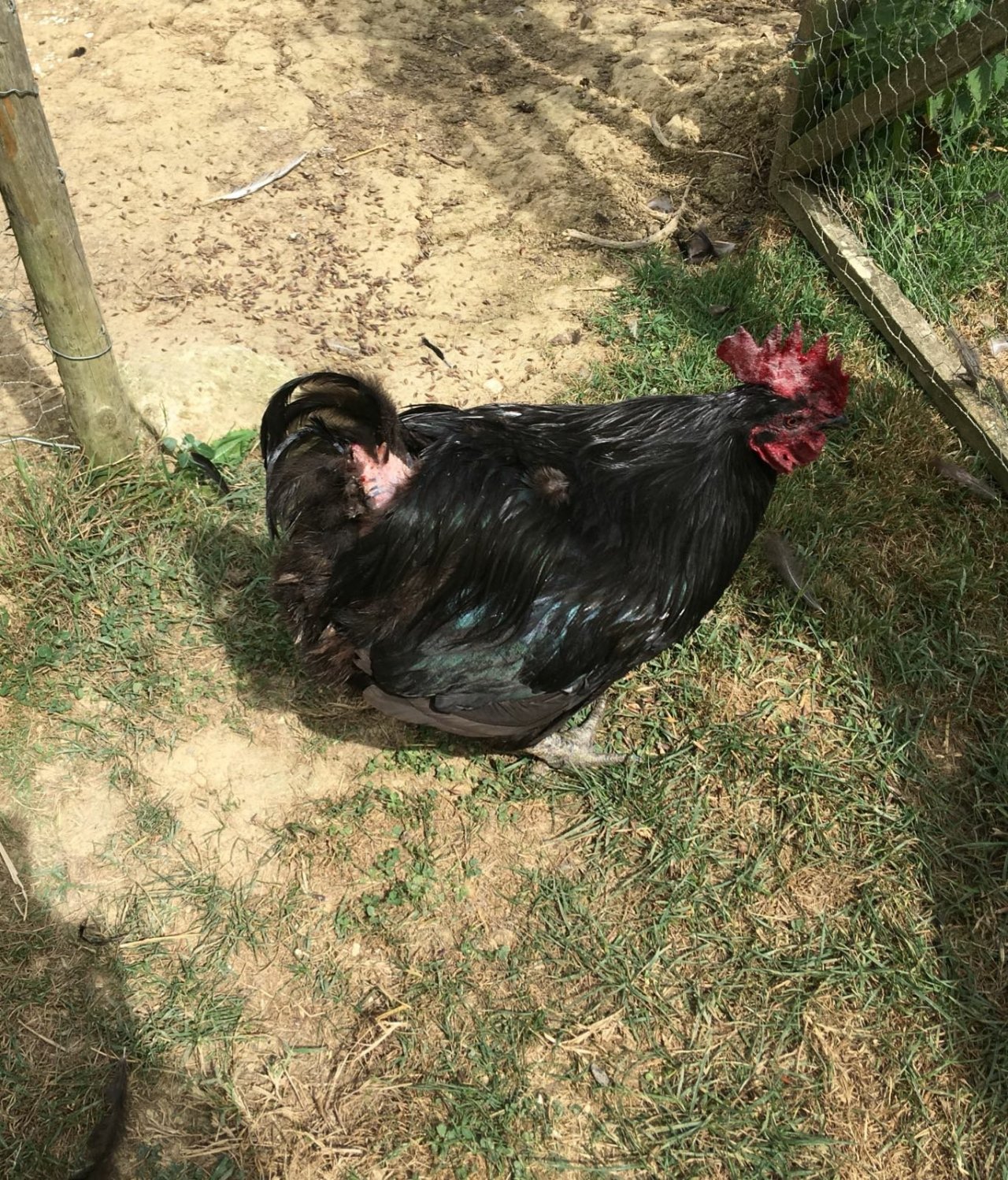 So we called chicken 911, no just kidding 🤣😜🐓. We got Issa and Iago out of the yard and then we led the chicken in through the fence from the yard with some seeds and it followed us in through the gate. Bee tee dubs (BTW – “by the way”) it was the cockerel dun dun daaaaaaa!!!!!!!!!!!!!!!!