Here we were, standing at the base of the Patronas Towers, looking up. They were gigantanormas!!!! The Patronas Towers are the tallest twin towers in the world, and it takes 6 months to clean all of the windows! By the time they finish, they have to start all over again! If you would like to learn more about the Patronas towers, you can go here.

By we, I mean Me, Annabelle, Delia, Zoe, Julie, Larry, Mamma, and Dadda. We met Delia and Zoe’s family in Chaing Mai, and we finally got to see them again!!! 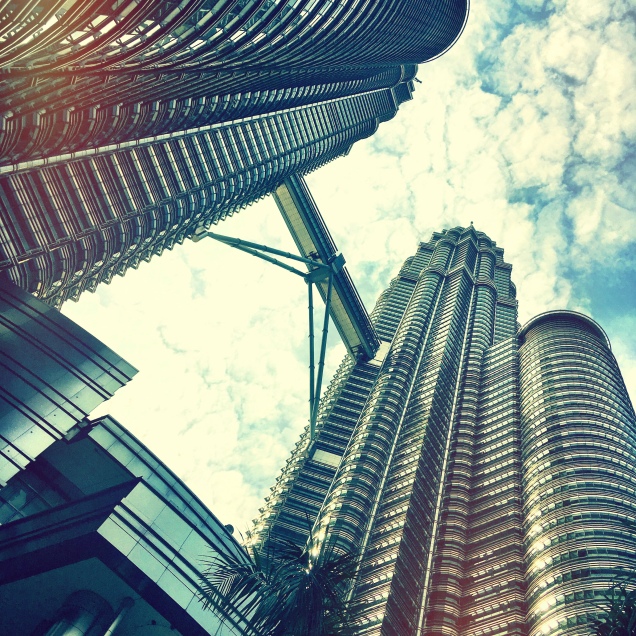 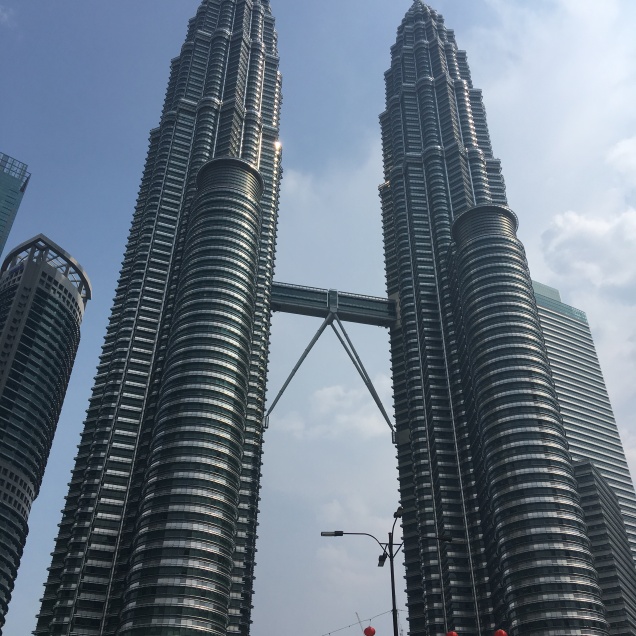 Anyway, we went into one of the towers, and of course, there’s a huge mall inside. This was not suprising, because in Kuala Lumpur, there are malls EVERYWHERE. We were running a bit late, so we had to hurry to get to our tour on time, because you have to go with a tour guide if you want to go up the towers. We did the security check and everything, and then, we had an intro video. Except it wasn’t just a normal video! It was like mist was shooting out of the side of the pillar, and the mist had a video playing! It was so odd! You could just walk right through the mist, and make the video all wiggly and wavey!🤯🤯

We went in the first elevator and the elevator up had screens that made you think that you were passing buildings and clouds. It was also probably one of the longest elevators I’ve been in, and with all the people squished in, it could make you pretty dizzy! The first elevator only went up to the bridge connecting the two towers, which was on the 41st floor and that already seemed like it was high enough for me! Especially considering that our guide had told us that on windy days, the bridge and towers swayed so they wouldn’t crack and fall over. Im thinking, great, just what I need to know. The bridge that I’m standing on could start moving at any moment!😩😩 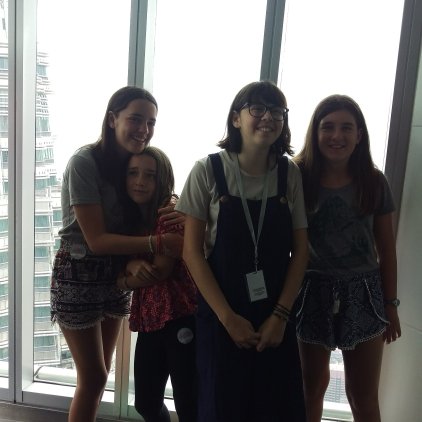 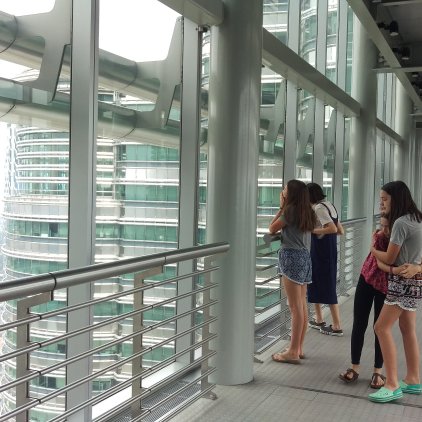 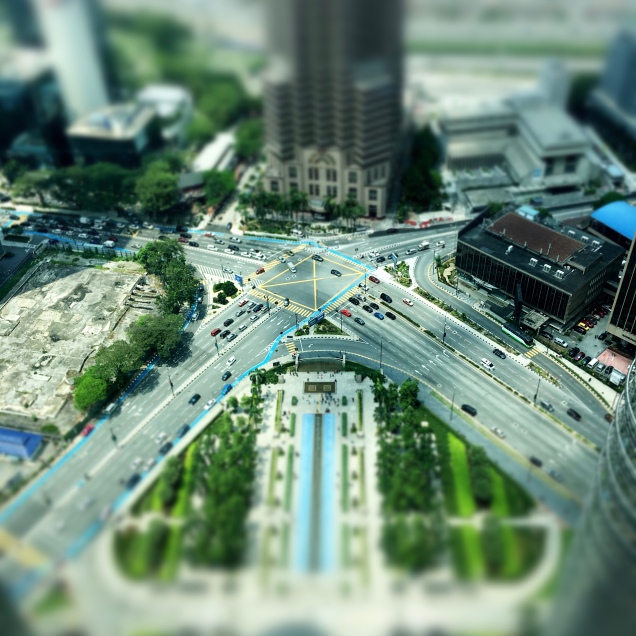 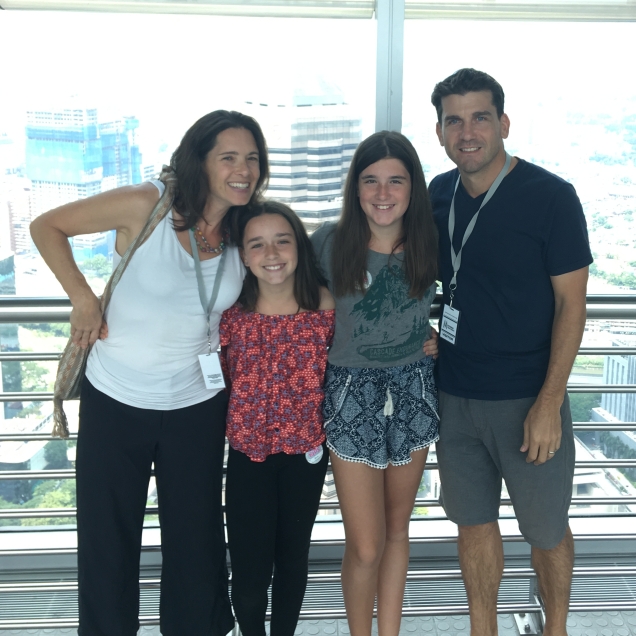 We took a few pictures, then transferred over to the other tower, so that we could take ANOTHER long elevator up to the very top. The top floor that you could visit was the 86th floor. The top was a pretty big room that had huge windows on all sides. One of the employees showed us many videos of lightning striking the top of the other tower! It was crazy! He had taken the video from where we were standing! 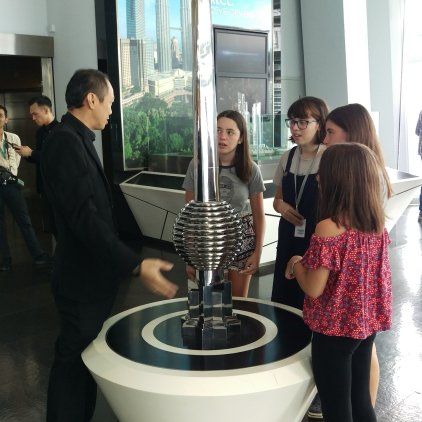 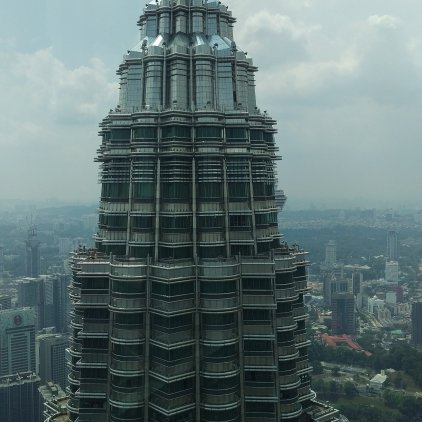 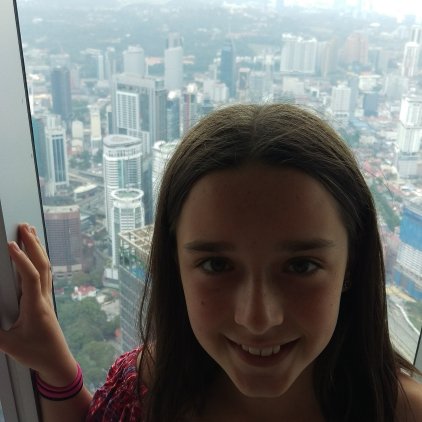 There was also a huge model of the towers, and some computer screens that you could find different buildings around the tower. 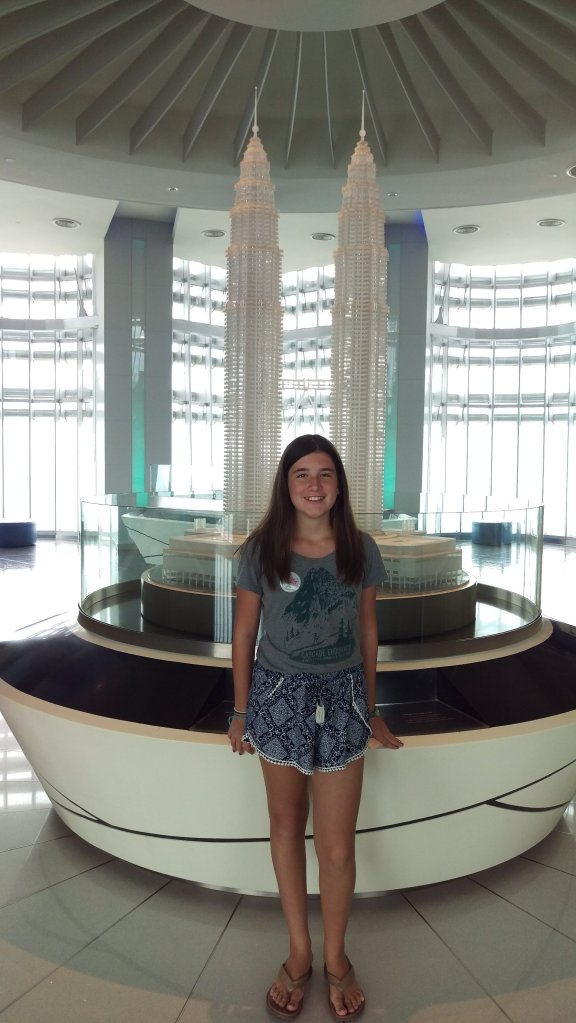 The last thing that we did before we went down, was looked through really powerful binoculars, and saw people swimming in a pool on the ground!!! 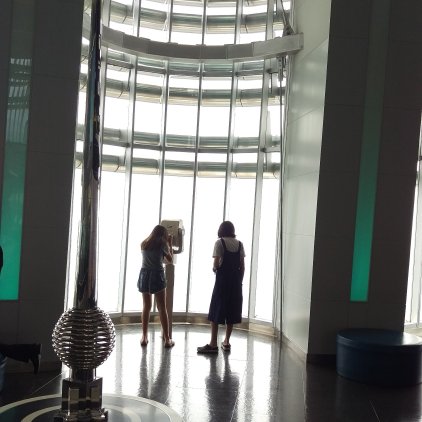 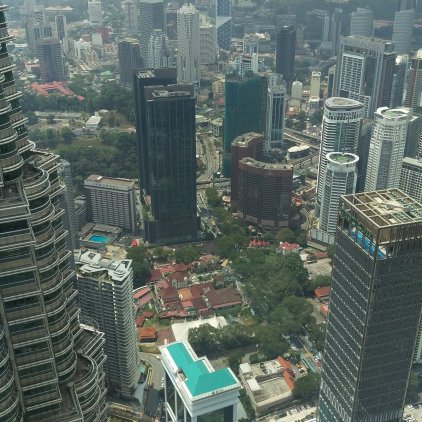 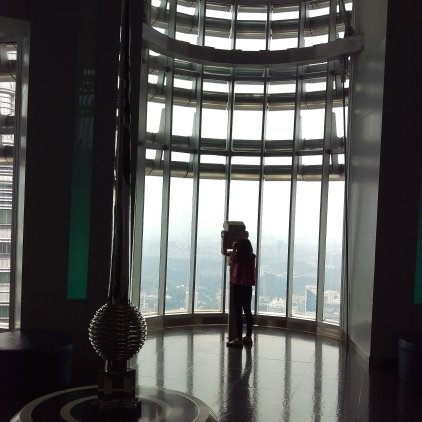 After that we headed down, and I was glad to have 2 feet firmly on the ground. Then, we went to a little cupcake shop in the mall, because Delia and I both have birthdays in March, and we wanted to celebrate with friends. We each got a candle, and everyone sang to us. 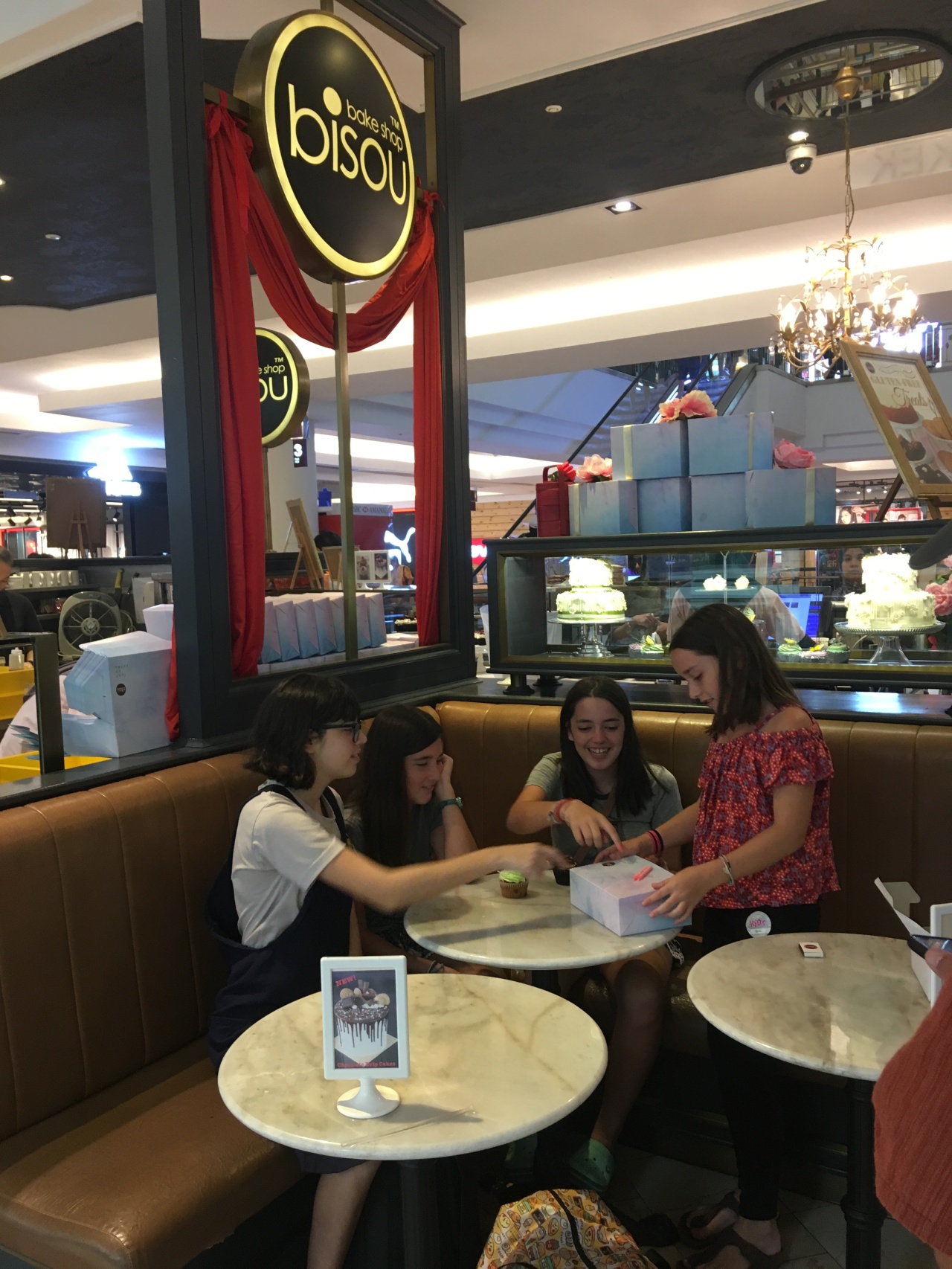 After we all finished, we went to a playground where there was a playground policewoman. Literally. When we were heading toward the swings, she stopped Delia, Zoe and I because she thought we were 12 and over. Zoe and I were like, ok, fine, because we ARE 12 and over, but Delia was 11. She is just really tall for her age. Julie and Delia went over to the playground policewoman and told her that Delia was only 11. The policewoman didn’t belive her, and Julie had to show her Delia’s passport!! After that struggle, Delia was allowed on the swings. Finally. The parents, Zoe and I, all watched all of the people who just wanted to play, get told off for being too old. Right before we left, we saw a dad get on a play structure with his little kid to take a picture. We watched as the policewoman whistled loudly at him, pointed, and told him that he wasn’t allowed on the playground😂😳

We didn’t want to disobey though, because we heard the Malaysian jails can be pretty harsh, and if someone asked us why we were in jail, we didn’t want to pretend to be all tough, and say “oh well, you know, we were playing on a 12 and under playground”

Sadly, it was time that Zoe, Delia, Larry, and Julie had to leave. We gave hugs and sent them on their way. We were sad to see them go, but are so grateful that we got to see them. 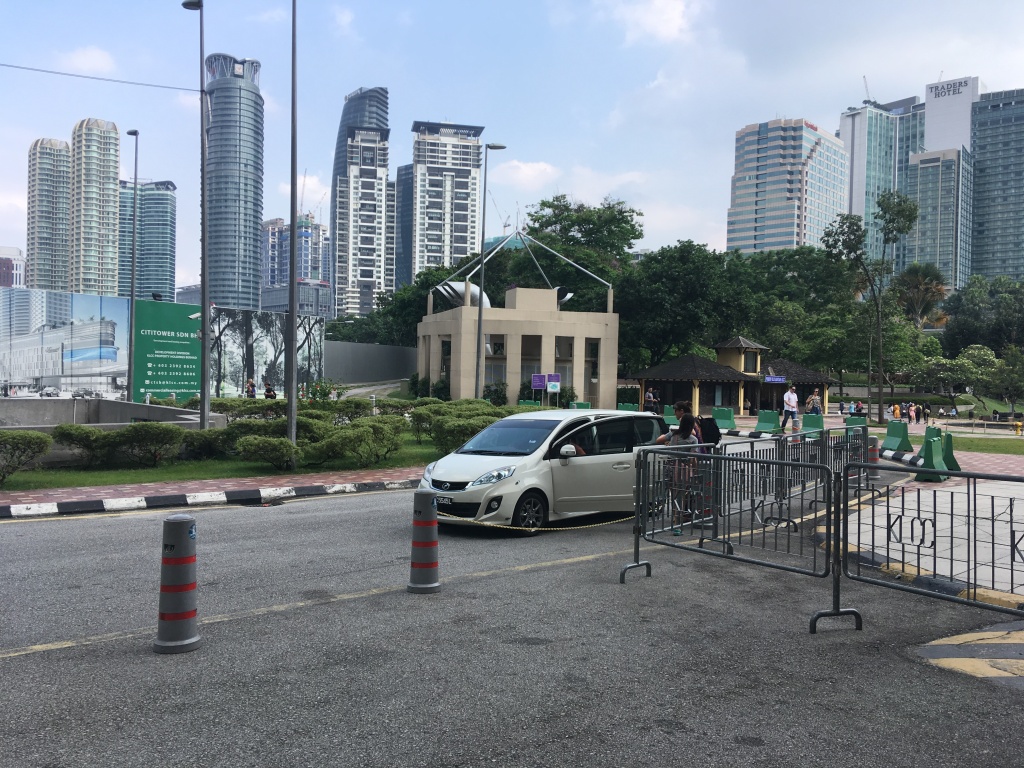