Sleepover on the Adriatic – By Amelia

[Christiana note: From Arpino, Italy we drove our rental car to the eastern coast of Italy to the port town of Bari, and spent a night there. Not too much to write home about; lots of cruise ships and ferries come and go through this town. We headed to Croatia because 1) we’d heard great things about it, 2) we needed to get out of Italy as we’d maxed out our 90 visa-free days in the Schengen region. While Croatia is a member of the EU it’s not yet a part of the Schengen Zone – though it may be by 2019.]

[Amelia note: Even though Bari was quite boring, I did get new jeans there, Annabelle completed her goal of eating gelato every day in Italy, AND there was a guy who was doing a really cool music thing, where he got people from cruise ships and tours to play certain weird instruments and follow a beat, and it actually sounded really good. He also sang, and played the tambourine really well!]

This post is about the overnight ferry that we took from Bari to Croatia.

When we got onto the boat, we were all pretty excited. Before we got on the boat, we had met 2 pairs of couples, one from North Carolina, doing a 3 week trip, and one from Australia, just doing a trip (I don’t know how long). 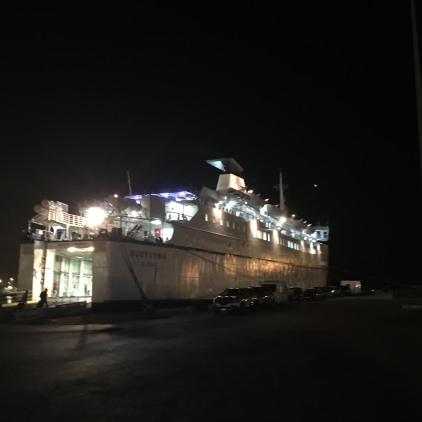 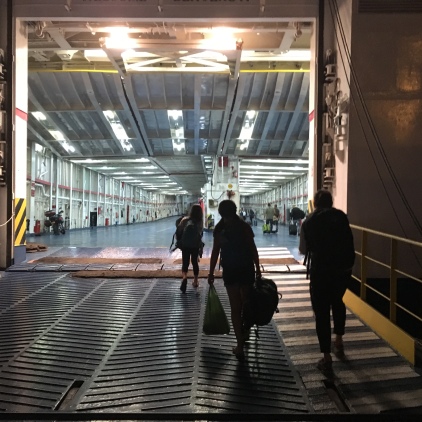 There was a long line getting onto the ferry, but once we finally did, we checked into our cabin.

Then went to go eat dinner up on the deck. 15 minutes after we got onto the ferry, Mama and Dadda started laughing, and giving each other looks. I asked what they were laughing about, but they wouldn’t tell me, but I soon figured it out. They were playing the theme song from the Titanic movie through the speakers! Annabelle was more worried than I was being on the overnight ferry in the cramped cabin, so we didn’t want to tell her. But being the smart girl that she is, she figured it out and said, “wait a minute, why are they playing Titanic on a boat about to leave!?” It was funny😁 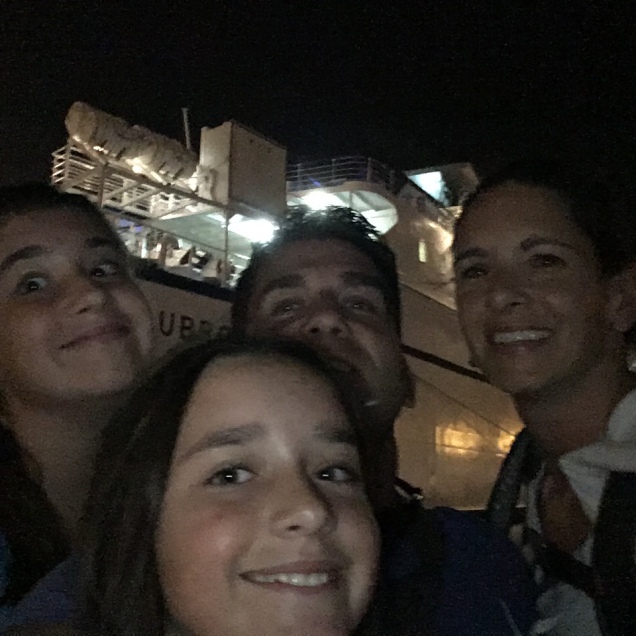 The ferry was supposed to leave at 9, and we were eating dinner at about 8. After we finished eating, we went up on the highest part of the boat’s deck where helicopters land, and we danced on the slippery ground. 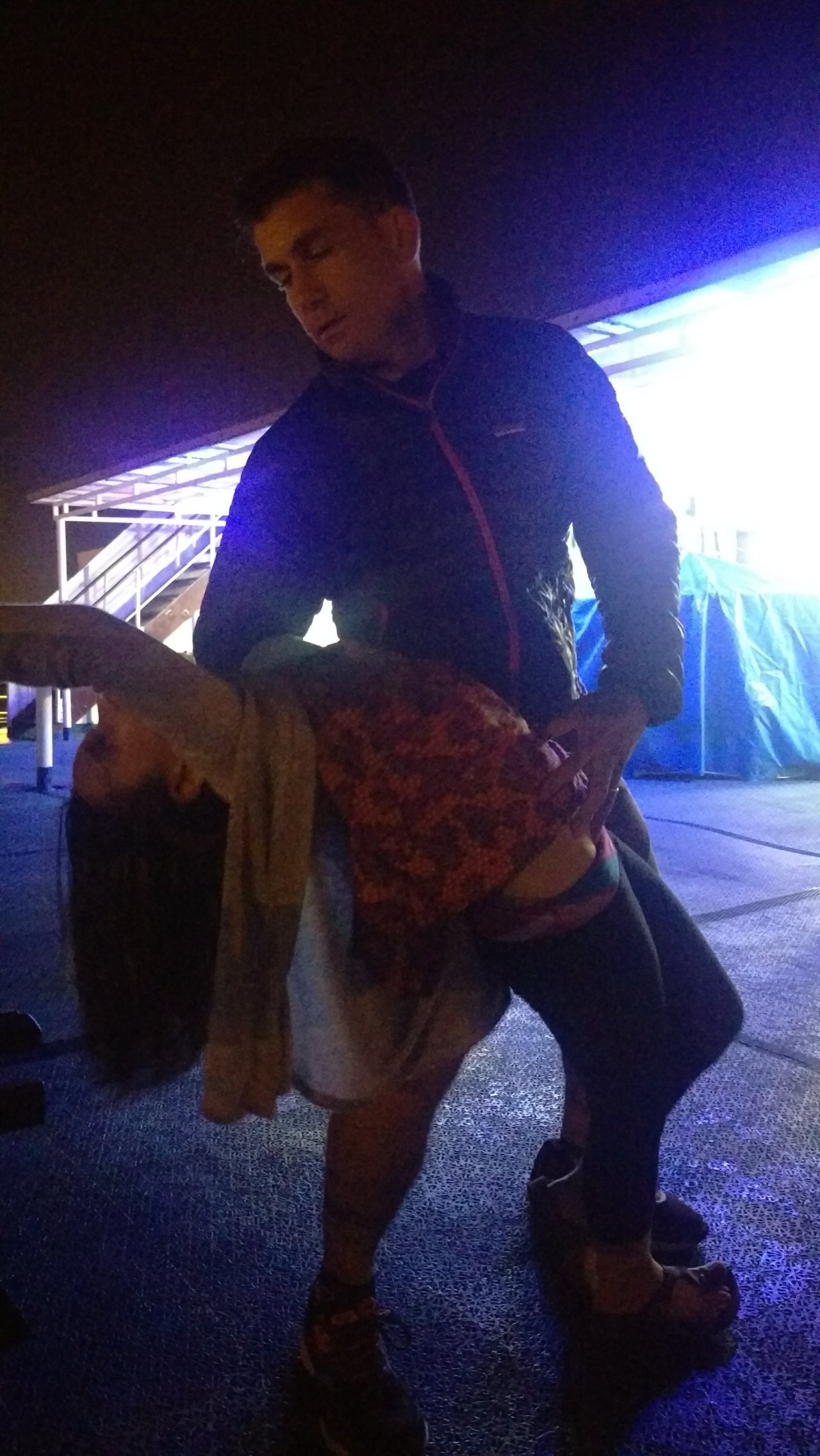 By that time, the boat was starting to leave, so we stood on the deck and watched the city of Bari and the country of Italy getting smaller and smaller.

We went inside, and got some ice creams, and Annabelle and I were starting to feel a bit dizzy, as we had never been on an overnight boat before. Mama and I went down to the cabin, and read, but I wasn’t feeling any better, so I took a Dramamine, and that worked well. I fell asleep, and had a good nights sleep.

I was feeling dizzy and it was rocky and I definitely didn’t want to go down to the cabin. We were playing Banagrams and a couple came up to us and they knew that I didn’t want to take a pill because they were listening to our conversation. They were from South Africa and Australia, and they were really nice. She said it helps to take a pill, and I said I was training my brain to not take a pill. I wanted to sleep up on the deck where everyone else was sleeping cause there were so many people who had set out sleeping bags, but Daddy didn’t want to sleep up there and I didn’t want to be left up there alone. In the end I got soooooo tired I almost fell asleep on Daddy so we went down to the cabin. It was like 1 in the morning. Daddy read with me until I fell asleep.

The next morning mama got us up early to watch the sun rise over the Croatian islands. It was spectacular. We got lots of good pictures. 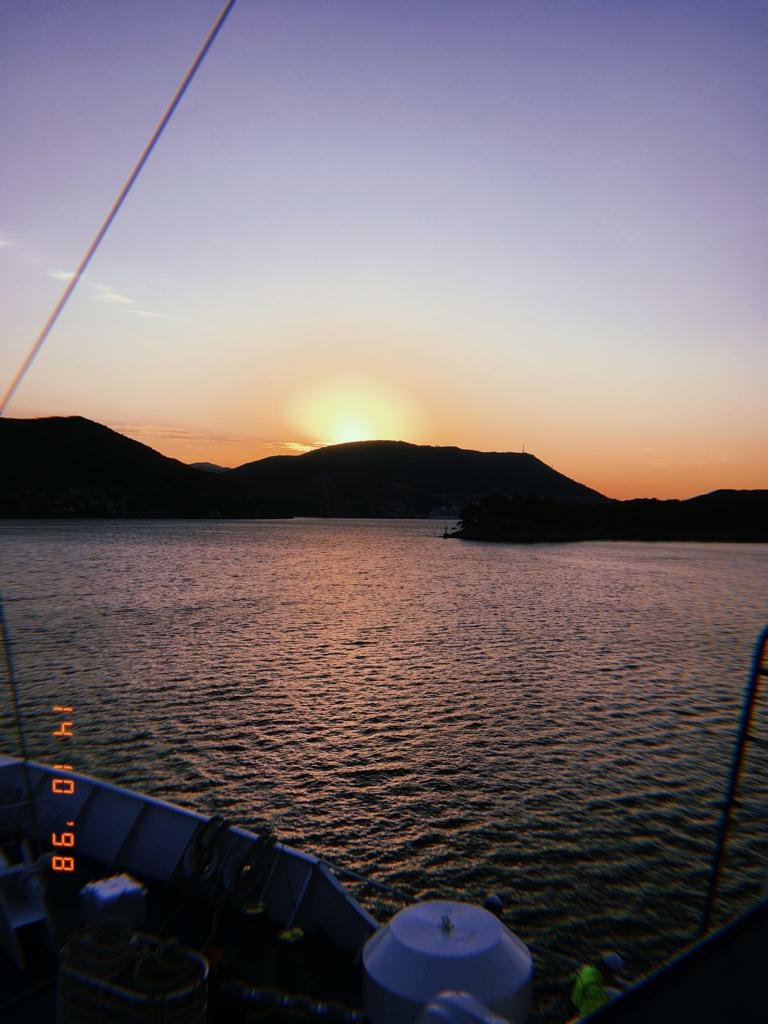 We got off the boat and had some drinks at a little café where we practiced a few words in Croatian which we quickly forgot (Croatian is SOO hard!!), We then walked to our apartment, already beginning to conquer the city of Dubrovnik (with it’s big stair cases).